This is an update to my earlier post of June 25-you may like to have a look at it first:

As things turned out, our optimism was misplaced and the Commissioner of Railway Safety felt that the line was not fit for passenger traffic, although goods trains continued to run.

After all approvals, regular passenger services were formally inaugurated on Nov 21. The only passenger train on this section is a passenger train from Guwahati, which has  SL and unreserved class at the moment. It can be called a fast passenger as it has only one stop between Guwahati and Lumding.

Here are the timetables for these trains: 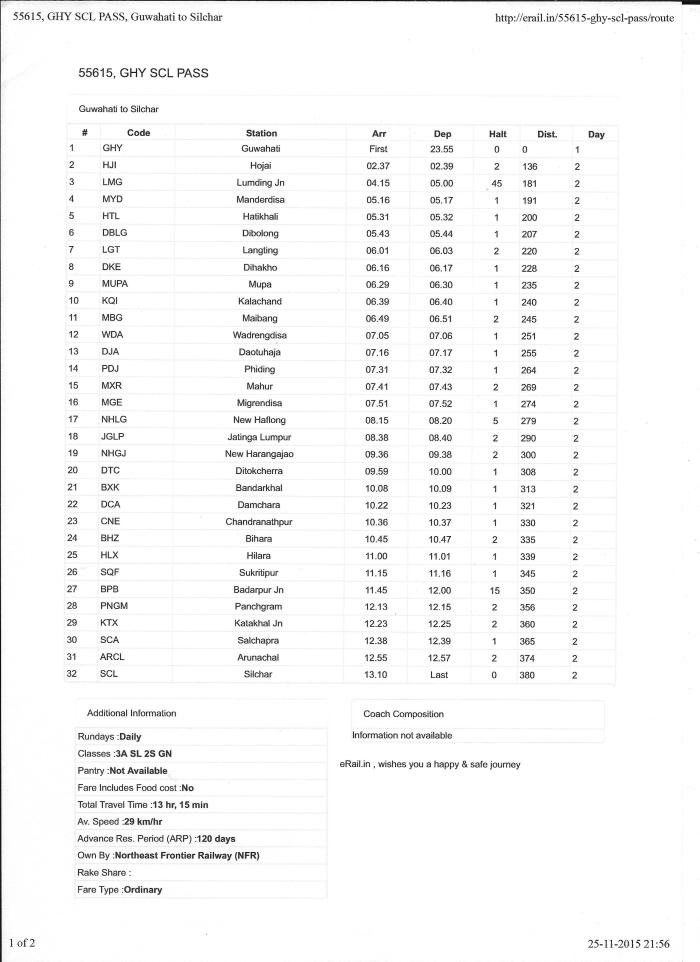 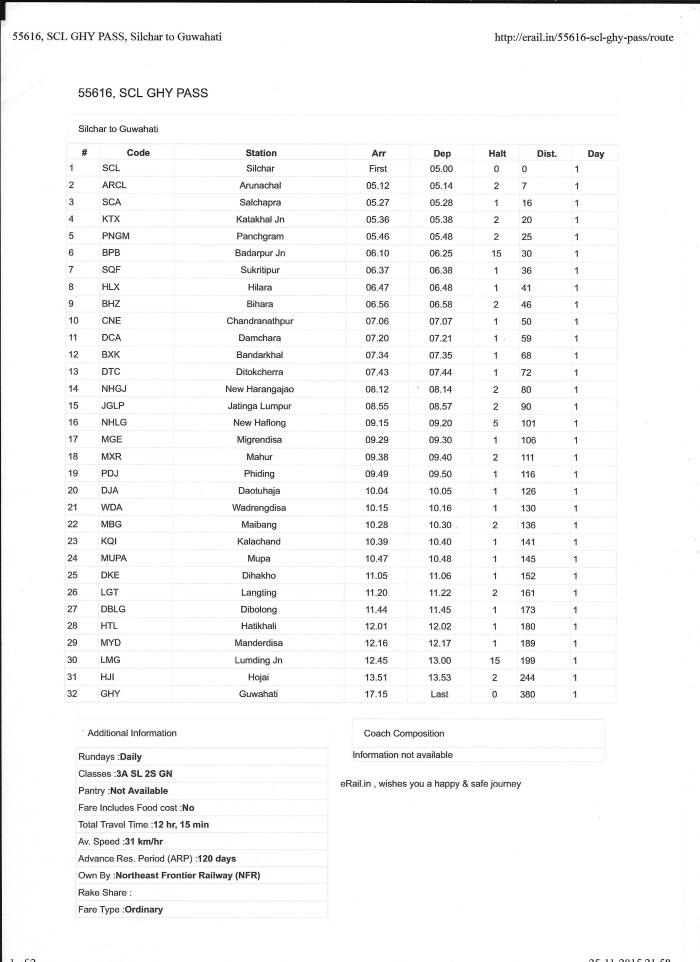 This also marked the resumption of direct trains between these cities, which had stopped since the early 1990s when the broad gauge reached Lumding. Prior to that there were two express trains, the 11/12 Barak Valley Express and the 201/202 Cachar Express running on this route. In Nov 1983 there were two other passenger trains on this route, one between Lumding and Badarpur and another called the Tripura Passenger, between Lumding and the then railhead at Dharmanagar.

It will be instructive to compare the timings of these trains from the Nov 1983 Bradshaw with the present timings. 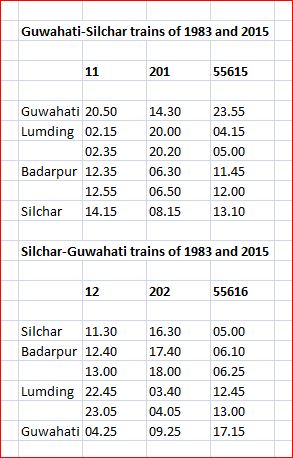 The broad gauge conversion and associated realignment (which shortened the route by about 16 km) has resulted in considerable speeding up-13 hours as compared to 17-19 hours in the past. Presumably these trains were hauled by YDM-4s at that time.

More trains can be expected on this route in the near future. Once the connecting lines to Agartala and elsewhere are completed, we can look forward to Rajdhani and Sampark Kranti Expresses as well.