It is fairly well known that Duleep Mendis scored 105 and 105 in a Test against India, and that this is the highest case of identical innings in a Test. Here we look at all such cases above 50. We have considered both dismissals and not outs.

Same score in both innings (Excel)

Or (in a compressed form): 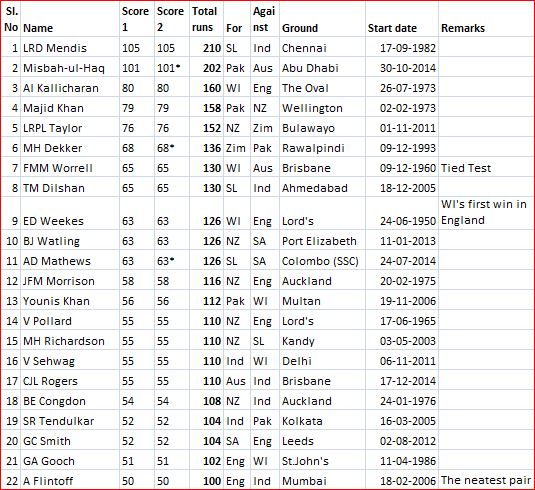 None of these instances were on debut. The highest such double on debut was 36 and 36 by the lesser-known South African Dan Taylor. All such instances above 25 + 25 are given here:

Abid Ali also took 6 wickets in an innings (and 7 in the match).

A more detailed post on same scores in each innings on debut (as of May 2015) can be seen here: https://abn397.wordpress.com/2015/05/02/an-unusual-record-same-score-in-both-innings-in-debut/

3 thoughts on “Same score in both innings”