With the conclusion of India’s 3-0 sweep, India and Zimbabwe have played a total of 63 ODIs. India lead 51-10 with 2 ties. Results at different venues are summed up below: 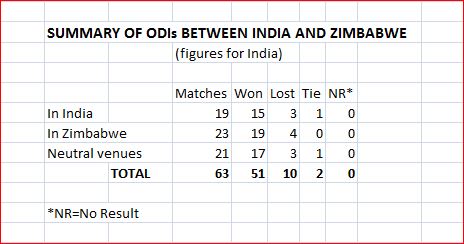 Zimbabwe has had its moments, particularly when they beat India during the 1999 World Cup. On that occasion India and Zimbabwe both qualified for the Super Six but did not proceed further.

Tendulkar and Ganguly have almost the same total runs scored. No one from recent years has crossed 500 runs.

The most centuries are 5 by Tendulkar and 3 by Ganguly. For fifty-plus scores, Andy Flower has 12 and Campbell has 11. Ganguly and Tendulkar have 10 each.

Highest individual scores (100 and above): 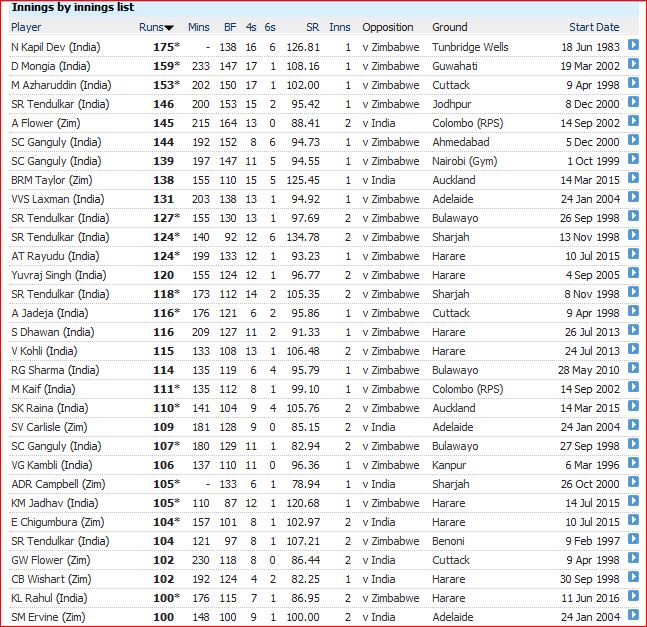 No one needs to be reminded about the top score, which was also India’s first ODI hundred. The second place goes to the lesser-known of the Mongias. Andy Flower has the highest for Zimbabwe. There are several centuries among current players, including KL Rahul on his ODI debut. 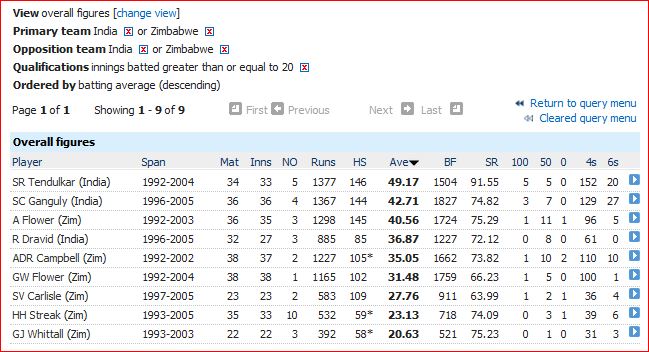 Tendulkar, Ganguly and Andy Flower have the top spots. No current players. 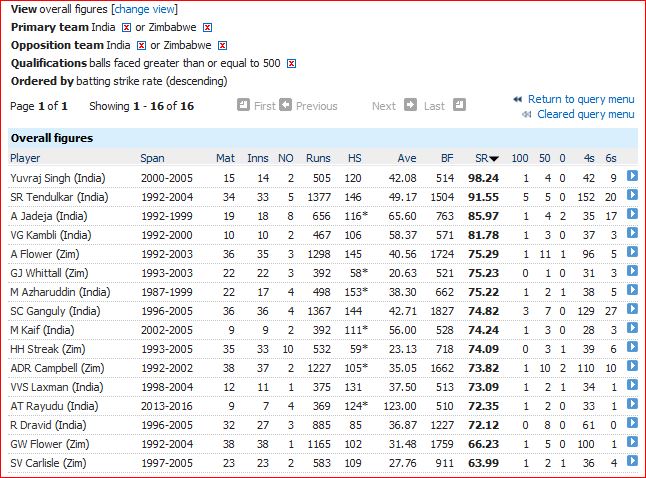 Here we have Yuvraj Singh at the top. From current players there is only Rayudu. 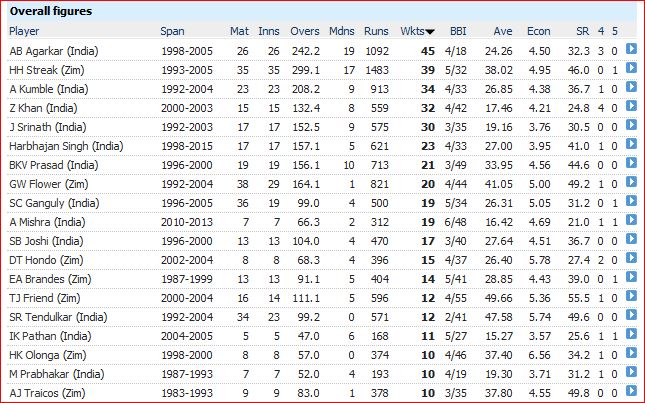 The popular whipping-boy Agarkar is on top here, followed by Streak.

Best innings bowling (4wi and above):

A Mishra and HH Streak have the best figures for their teams. JJ Bumrah has two 4-wicket hauls in the recent series.

Only three bowlers make the cut here. Agarkar has the best average, Kumble the best economy and Agarkar the best strike rate.

Andy Flower and Rahul Dravid have the most dismissals for their teams, with Dravid serving as a keeper in some matches.

The most dismissals in an innings are 5 by Kirmani and Nayan Mongia, while for fielders it is 4 by VVS Laxman. 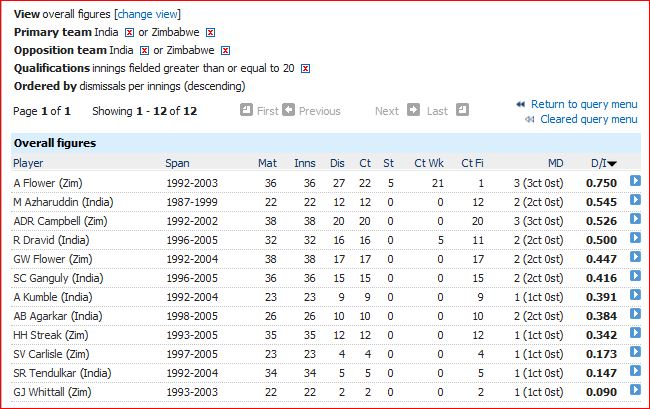 Andy Flower tops again, while Azharuddin has the highest rate for fielders.

Heath Streak is the only one who has put in enough batting and bowling to qualify. Some prominent all-rounders like Kapil did not play enough in this series.

Looking at all-round performances in a match (30 runs and 3 wickets):

Ganguly and Crocker seem to have the best performances.