Tests between NZ and SA are not normally followed much in India-and particularly the just-concluded series which coincided with an intense India-Australia series. In case you missed it, SA won 1-0 with 2 draws. NZ would almost certainly have won the 3rd Test if rain had not washed out the last day.

As you will see from the table below, New Zealand finds it particularly to defeat South Africa at home- they have won precisely one Test there in Tests since 1932-33. They have done slightly better in South Africa, winning 3 Tests. 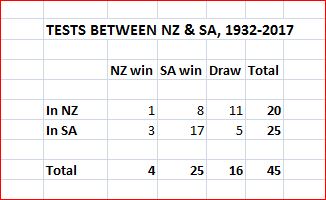 We now proceed to Batting-most runs (500 and more): 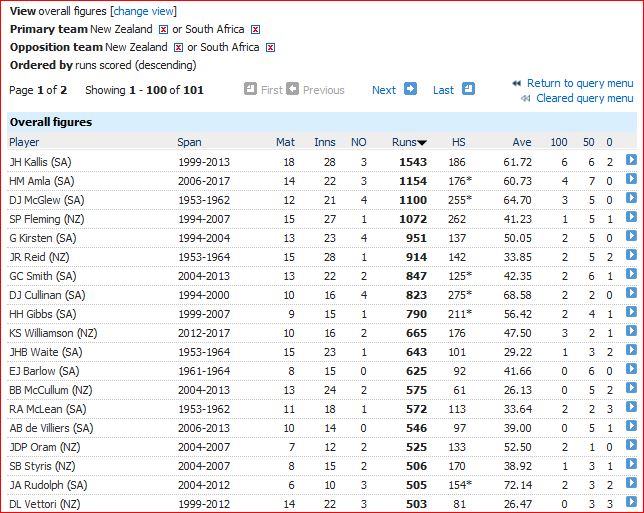 The most centuries are 6 by Kallis followed by 4 by Amla. Kallis and Amla also have the most 50+ scores (12 and 11 respectively). 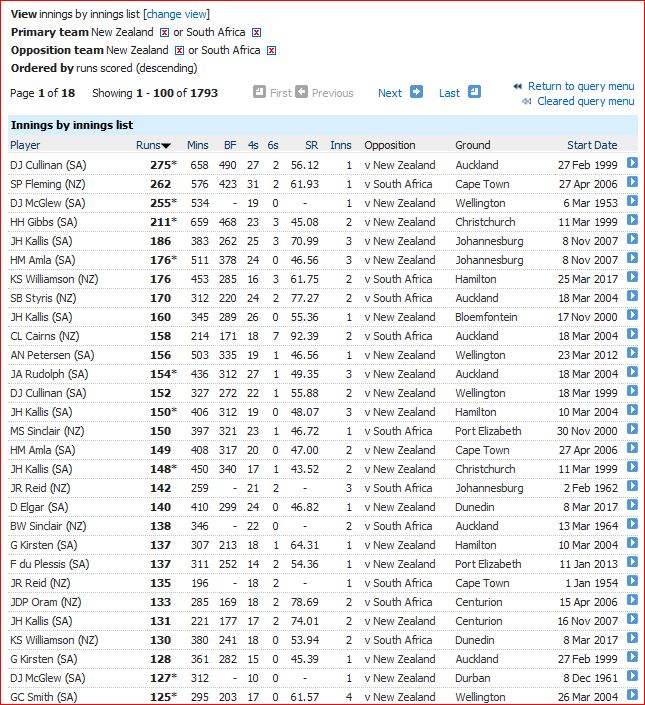 In this series, KS Williamson made the highest score for NZ v SA in NZ, surpassing the 170 by SB Styris in 2004. (That was in the one Test which NZ won at home against SA). However the highest by NZ against SA is still SP Fleming’s 262 in 2006. 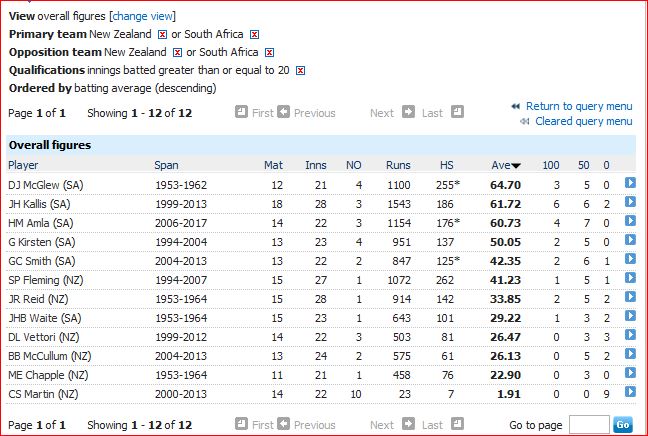 Interesting that the highest average is that of DJ McGlew of the 1950s and 60s. The next two, Kallis and Amla, are predictable. Spare a thought for CS Martin at the bottom of this table.