Continuing with the individual performances of the year:

Innings bowling including all instances of 5wi:

Bowling averages: (all instances for 1000 or more balls bowled):

While there are multiple instances by Shakib and Sikandar, they did not play enough to get into the above table. 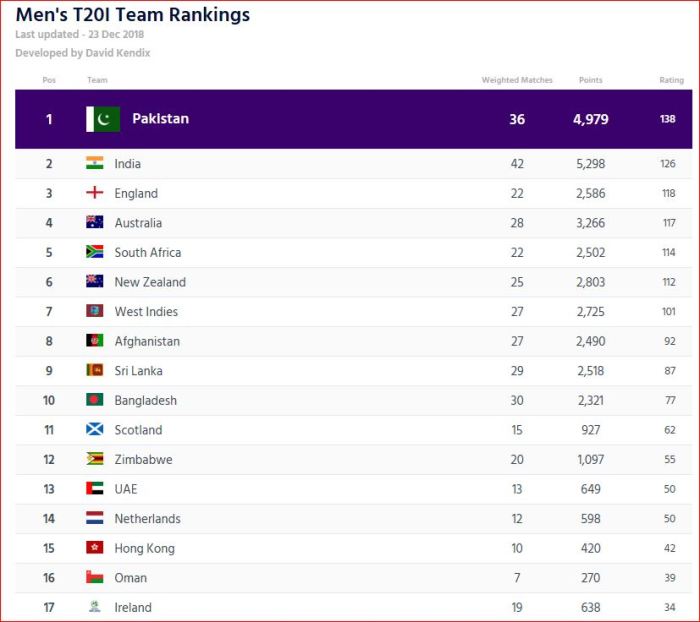 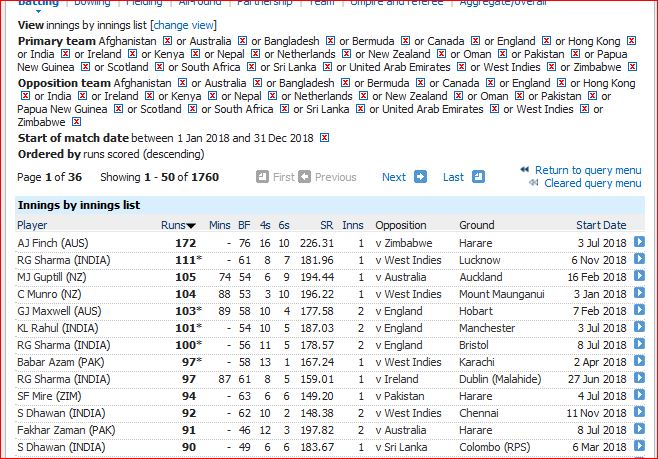 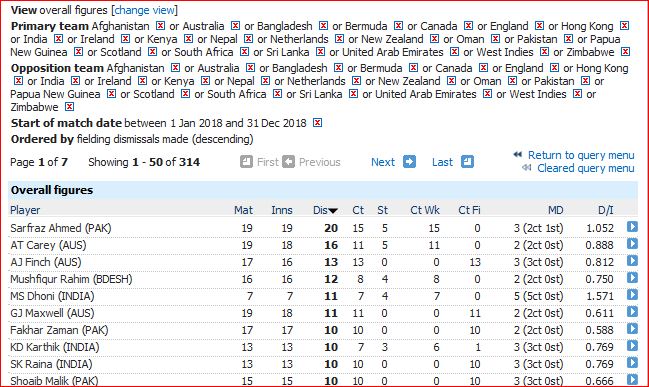 The ODIs of the year are over, and we review team and individual performances here:

First, the ICC rankings at the end of the year:

This table includes matches in the past 2-3 years. Nepal has ODI status but has not played enough matches to get a ranking.

Here we look at W/L ratios. This and all subsequent tables refer to performances in the calendar year 2018.

And guess who played the most matches.

Of course, this table does not mean much as it does not take into account the opponent’s strength, which the ICC rankings are supposed to.

We now move to individual performances, starting with

Also note that Kohli (6) and RG Sharma (5) have the most centuries, while Kohli (9) also has the most fifties followed by RG Sharma, Root and Fakhar Zaman with 8.

Innings scores of 125 or more:

You might expect Kohli, Sharma and a few others to be here but they did not play enough innings. However, they appear below:

Note that England has the two top spots, while India also has a few with strike rates above 100.

RR Pant now has a share in the most dismissals in a match.

Incidentally, AM Rahane has the record for most dismissals by a non-keeper in a match:

de Villiers actually took 8 catches as a keeper as the specified keeper (de Kock) was unfit.

Pant took 6 catches in the first innings and 5 in the second. The innings record is 7, shared by 4 keepers.

However, another predecessor Jimmy Carter was born on 1 Oct 1924 and is still living. He is 94/61 today. If he lives for about 4 months more, he will surpass Bush’s record.

While on this topic, Donald Trump (at 70/220) is the oldest to take office as President for the first time. However, Ronald Reagan was 73+ when he took office for his second term and 77+ plus when he stepped down.

If Trump is re-elected in 2020 and completes his second term, he will hold these records.