The 3-Test series was won 2-1 by the West Indies, with all three matches ending in decisive results. West Indies won their first series against England since early 2009. They have not won a series in England since 1988, and did not win a Test in England between 2000 and 2017.

The overall results are:

The West Indies still enjoy an overall lead and at home, while England leads them in matches played in England.

We now come to individual performances:

A long list without much contribution from recent years. The only name from the past few years is AN Cook.

Highest innings scores (175 and above): 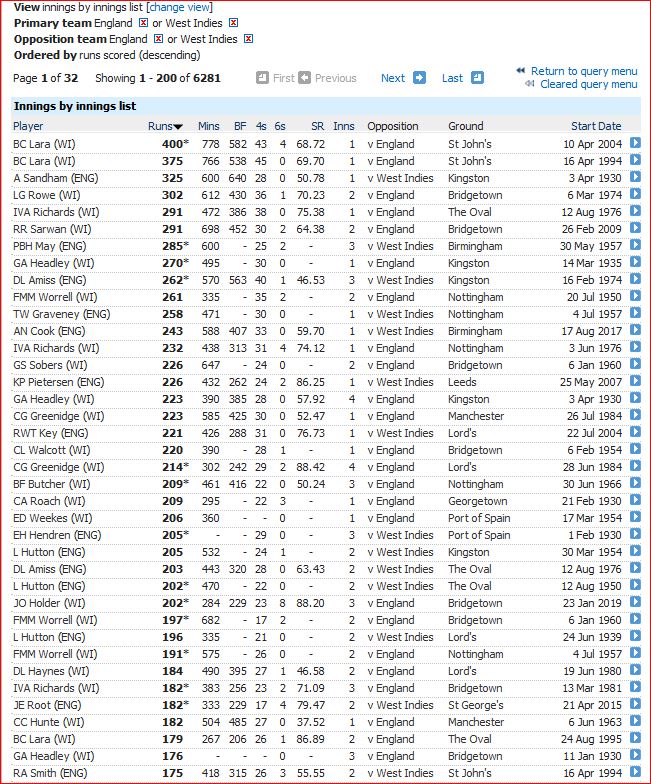 This list is led by Lara’s world records and is followed by Sandham’s score which was the first Test triple century. The only such score from this series is captain Holder’s 202*, while Cook scored 243 in the last series in 2017.

Yet again, Cook is the only representative in recent years with his 57.96. Hutton and Headley are far ahead of others, and they both played their last Test in this series in 1954.