Skip to content
HomeAll-round match performances in the World Cup 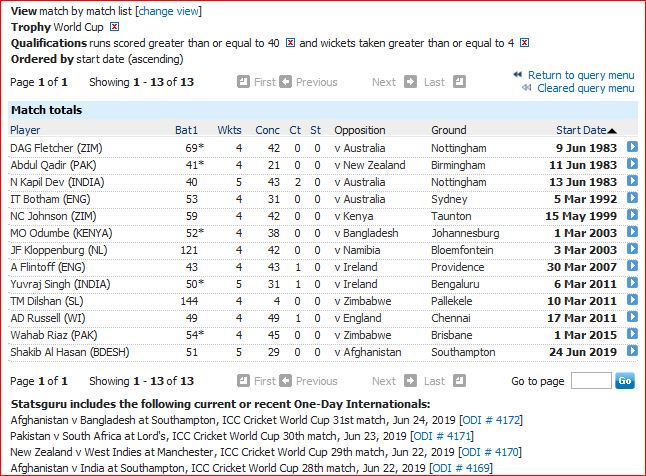 While some of these figures seem impressive, most of them have come against weak teams (if not minnows, teams which did not go beyond the first round). The exceptions are Flintoff (E v Ire), and Russell (WI v E). We already know that Afg will not be in the second round in 2019.

Both of them have had impressive all-round performances throughout the tournament. Yuvraj was Man of the Series in 2011, when India won. Yuvraj had 362 runs and 15 wickets in 2011. Shakib has (at the time of writing on June 24) 471 runs and 10 wickets. He and David Warner (447 runs) seem to be main contenders for Man of the Series now.

In 1999, L Klusener had 281 runs and 17 wickets which earned him the Man of the Series award. His team lost narrowly in the semi-final.