Here are the results of ODIs between these teams since January 2019:

On the whole India has done better in the past year.

We also look at the results of all ODIs between these teams:

We now look at the individual performances in batting:

RG Sharma and Kohli continue to move up though they have some distance to go to reach Tendulkar’s record. Finch and Dhawan are among the other current players here.

Tendulkar has the most centuries (9) followed by Kohli and Sharma with 8.

Tendulkar also has the most scores of 50-plus (24) and is predictably followed by Kohli and Sharma with 16.

Note that RG Sharma has the highest overall score in this series (209) as well as India’s highest in Australia (171*).

Sharma and Kohli are the top two. Dhawan and Finch are among the other current players here. Smith and Warner have not played enough to qualify. 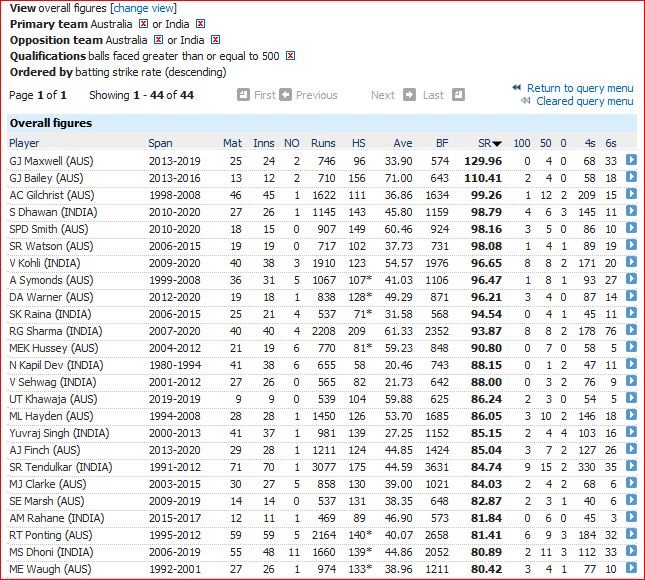 Now you can see why Australian fans want Maxwell back in the team.

Dhawan and SPD Smith have the best strike rates among those who played in 2020.