New Zealand won the series 3-0, the first such whitewash for India in ODIs for a long time.

We start with a listing of match results since the beginning of 2019: 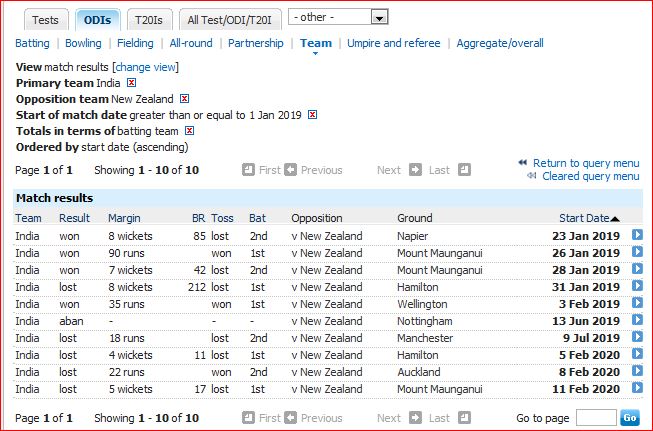 India did win 4-1 in New Zealand just over a year ago. Then they lost to them in the World cup semi-final, and then the 3 matches in Feb 2020.

Here is the overall record of ODIs between these teams:

Now for individual records, starting with 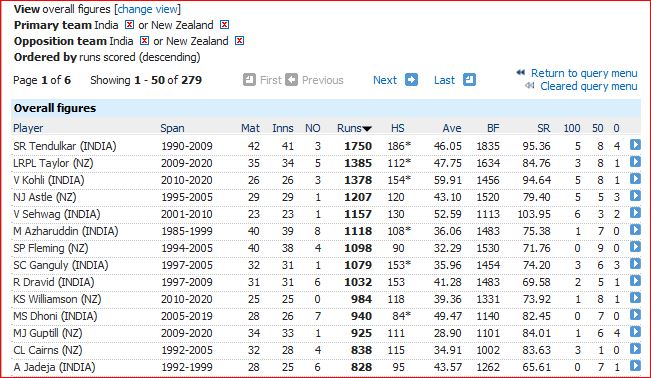 Taylor and Kohli are now in 2nd and 3rd place, though well below the first-placed Tendulkar. Williamson and Guptill are the other current players here. 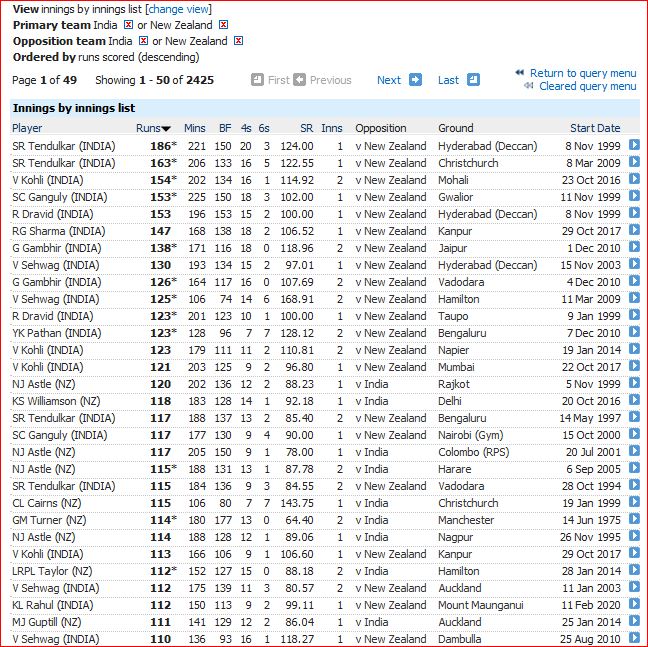 Tendulkar has the two highest scores made a decade apart. Kohli’s 154* is the highest score by current players. But this series had fewer large individual scores, the highest being 112 by KL Rahul. 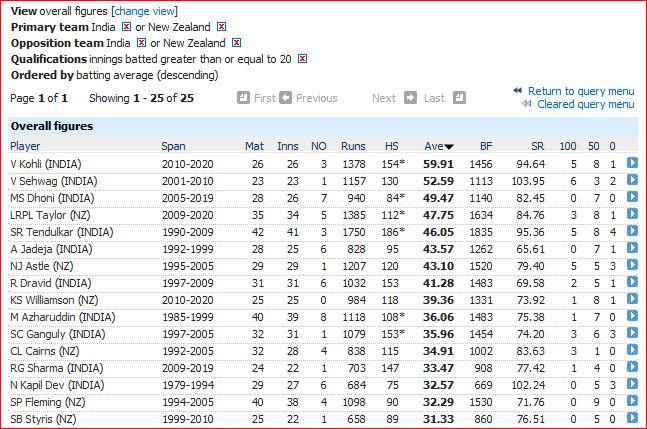 Kohli has the highest average here, with Dhoni (?) and Taylor the next highest among current players. Williamson and Rohit Sharma are also here. 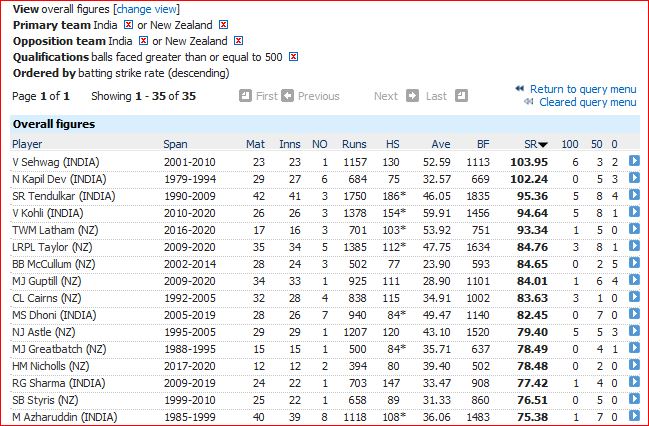 The first two, Sehwag and Kapil, are at some distance from the next few. Kohli, Latham and Taylor lead among current players. Guptill and other current players are also seen here.