Here you see the map of railways around Allahabad (with an inset on the left). This is from “The Great Indian Railway Atlas”, 2015 edition.

And some of the existing station signboards:

This one has already had its name changed:

The main station and a fake picture of it from a few months ago:

Other stations in the area: 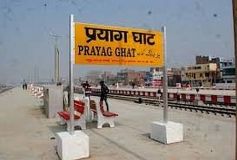 Finally, there is a notification dated Feb 23, 2020 stating that these name changes will now take effect: 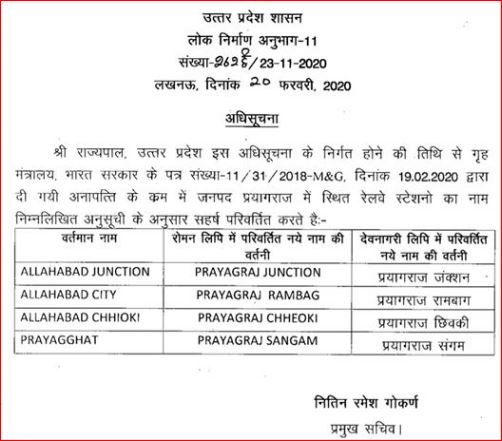 So now you have it. Prayag Jn will apparently remain as it is.

Allahabad City station was locally referred to as Rambagh station as that is the locality. (similar to Nampalli for HYB and Kalupur for ADI).

Allahabad Fort is shown in the map. But it does not seem to have had scheduled passenger services.

Chheoki will be renamed for the second time within a few years. But it was a non-timetabled station for many years.