First we look at those who have made 5 or more scores of 200 or more:

We can see that Kohli is now equal with Hammond and M Jayawardene in making 7 scores of 200+. The previous record of 6 for India was shared by him, Sehwag and Tendulkar. Kohli is also the only current player above.

The only other player with more than one triple century is CH Gayle, whose 4 scores of 200+ include 2 triples.

All those who have made 200+ for India are tabulated below: 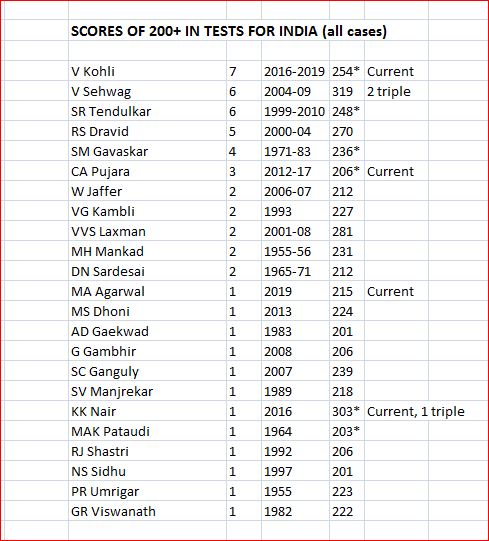 There are only 8 such scores.

RG Sharma has made 3, with a top score of 264 which is the ODI record.

Others who have made 200+ scores in ODIs are Fakhar Zaman, CH Gayle, MJ Guptill, V Sehwag and SR Tendulkar.

The highest score is 172 by AJ Finch. There are 2 other scores above 150, by AJ Finch again and H Zazai. 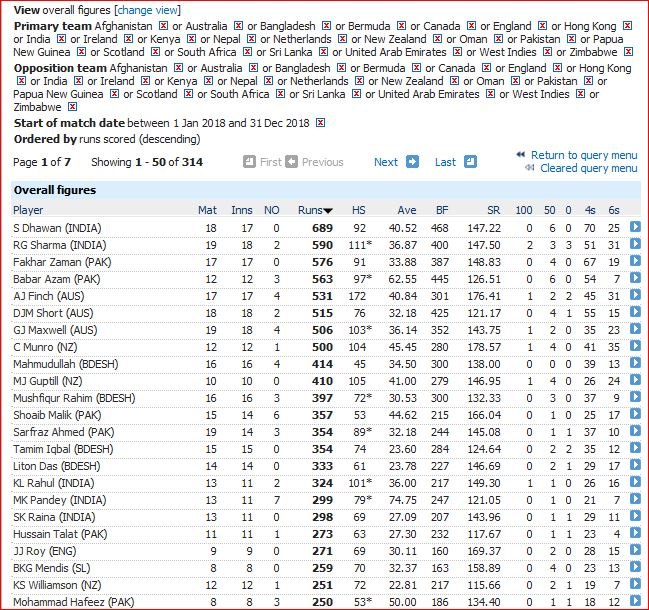 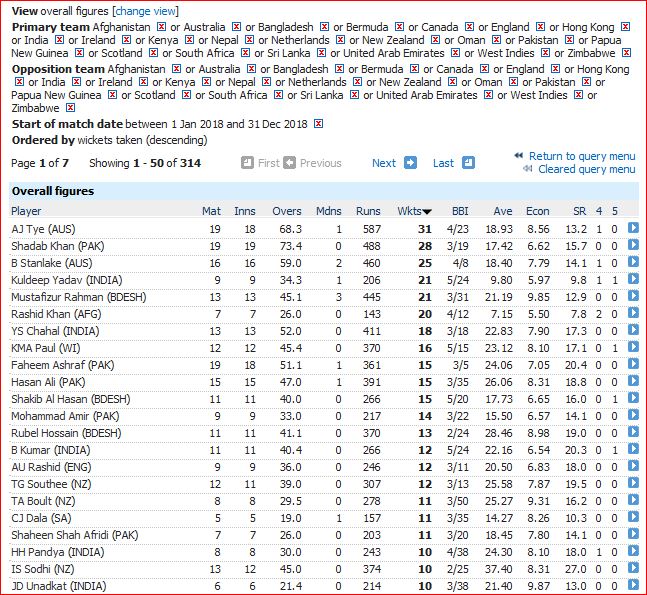