Many of us in India have vaguely heard of the line from Quetta to Zahidan in Iran, which was completed about a century ago. The location can be seen here in the north-west corner:

A good summary of its history up to 2007 by Owais Mughal can be seen here:

Also see the timetables from the 1930 NWR TT: 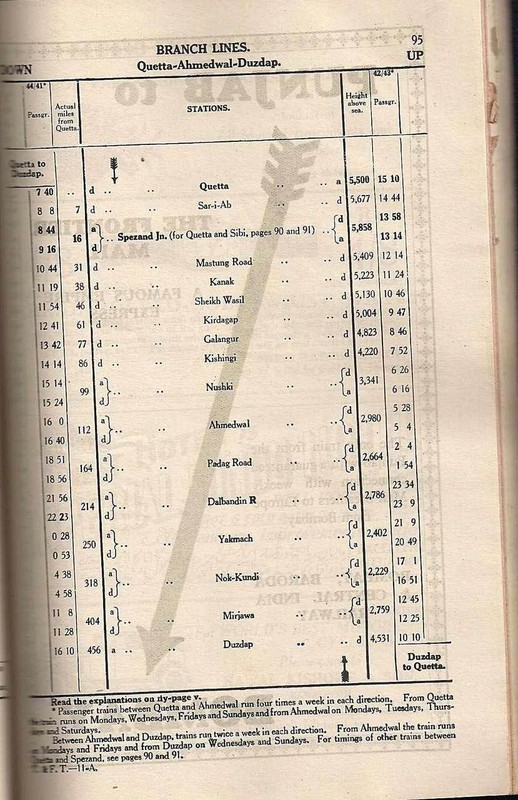 At that point the line was closed beyond Nok Kundi, though it was revived as part of the war effort.

Now we have something more up to date, in the form of 2 videos making a travelogue by a Pakistani blogger. These are fully in Urdu, though anyone who can understand Hindi should not have a problem.

The narrator’s style may be a little irritating, but you do see a good view of life on the Pakistan-Iran border including the last PR station at Koh-e-Taftan and the nearby road crossing along other bits like the last mosque and the last ATM in Pakistan. (This station seems to have come up after 1947).

Note the single train between Quetta and Zahidan which is a mixed train with very limited passenger space. It is interesting to see the large volume of Iranian consumer goods being imported here.

The latter video is not about the railways but concentrates on the manual transfer of goods across the border.

Footnote: we hear a lot of Gwadar and its port nowadays. Did you know that it was NOT part of British India but was an exclave of Oman until Pakistan took over in 1957, long after Independence.

Biking along this route from Taftan to Quetta in 2020.

The Khojak tunnel on the way from Quetta to Chaman on the Afghan border was one of the earlier marvels of railway engineering in British India. Opened in 1892, it was 12,870 feet long (2.44 miles/3.92 km) and was the longest rail tunnel in South Asia until the Konkan Railway came along over a century later.

The location of most lines in Baluchistan can be seen here: (Kandahar is a little beyond the border at Chaman). 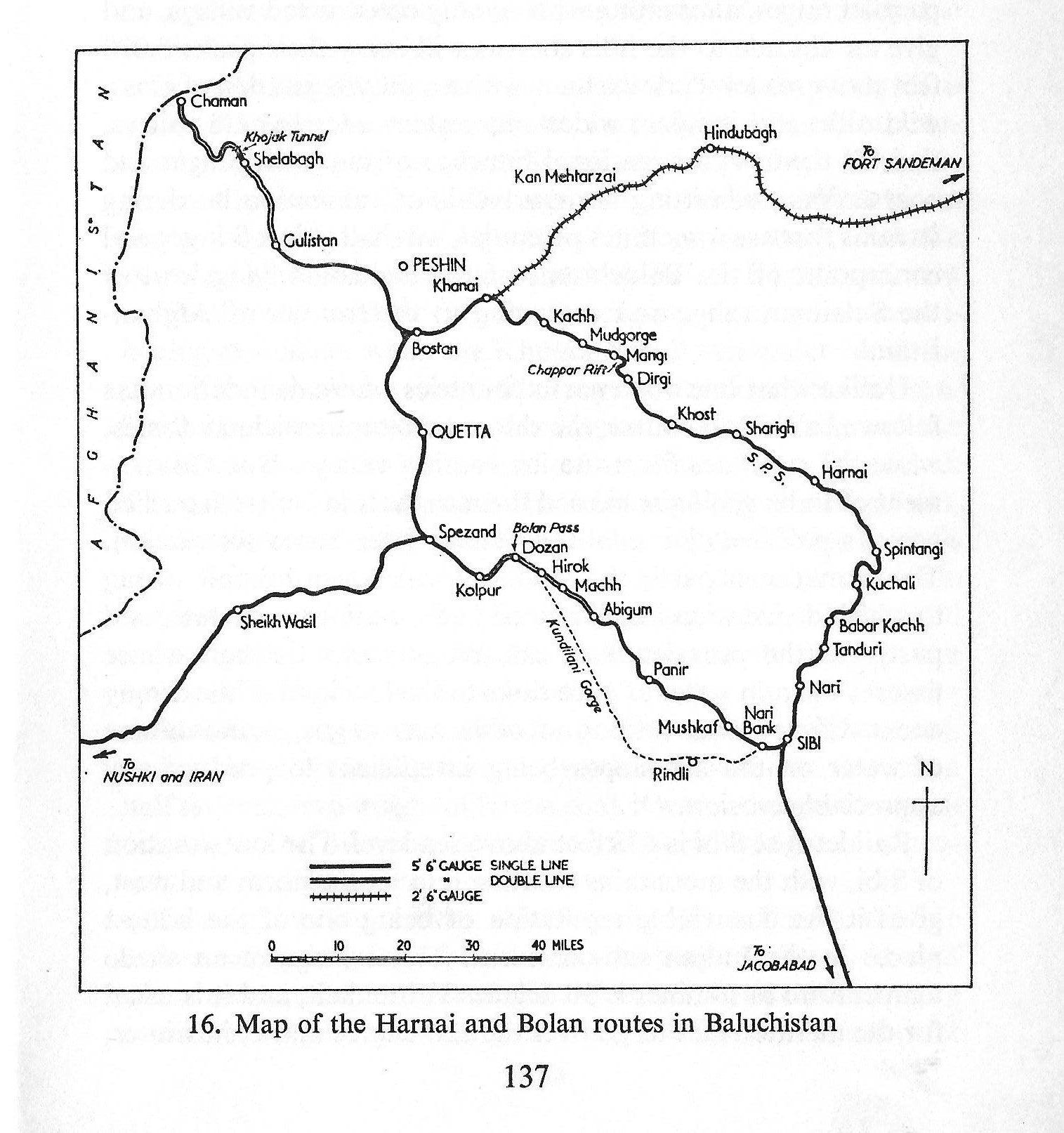 The story of the alternative routes to Quetta is a long and complicated one and will have to wait till another day. Suffice to say that that the Bolan route involved gradients of 1:25 for several miles which was far more severe than any BG or MG main line anywhere else in undivided India. And double tracks were also used because of the slow speeds although there was little passenger traffic north of Quetta.

You may note a station called Hindubagh on the NG line to Fort Sandeman. As you may guess, it became Muslimbagh while the terminus became Zhob before the line closed around 1990.

You can also see the long lonely line to Zahidan in Iran starting off from Spezand. With luck, it has been running passenger trains twice a month for the last few years.

The southern end of the Khojak tunnel started near Shelabagh station. Note the double line though the tunnel.

And this scene appeared on earlier Pakistani currency notes: 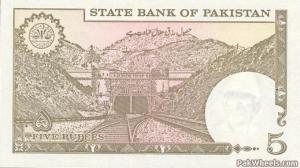 A longer article about this tunnel can be seen here:

This site (which became inactive in 2011) contains a number of other articles about Pakistan’s railways by Owais Mughal.

Also see this video of Shelabagh station and the tunnel from 2021: