A nice little film summarizing the fastest steam locos of all times, with the record going to the British LNER “Mallard” with its 126 mph (203 kmph) in 1938.

Although most of the other locos shown here have been scrapped, the Mallard can still be seen at the National Rail Museum at York.

Naturally, if you are passing that way you should try to visit her. 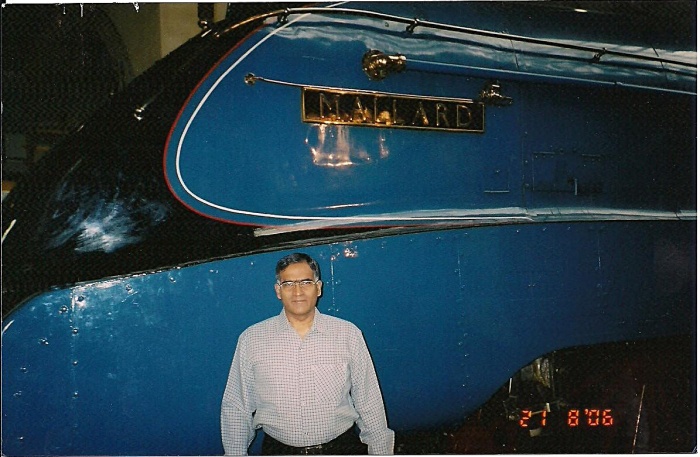 Another famous resident of the NRM:

As you might guess, this is not the original from 1829 but a working model. This also goes for exhibition runs. The real Rocket is at the Science Museum in London.

These may be of interest:

While British cattle are larger and heavier than their counterparts in India and other Asian countries, they do not seem to be particularly intelligent, as we see here. Wandering onto a track which is a main route with rated speeds of 225 Km/h is not very smart. Anyway, see this news item from Peterborough in eastern England which refers to an accident on 2 Oct 2016:

Sometimes the cows win, as we see from this accident in 1984 in Scotland where a single cow caused a push-pull diesel express to derail with the death of over a dozen humans:

A picture of the accident site:

As you can see from the above Wikipedia article, this was a significant accident in that it brought out the dangers of push-pull trains with the loco at the rear running into an obstruction. If the loco had been in front the accident and number of casualties would not have been so serious.

India has had its share of relatively minor accidents involving cattle and camels, which have caused some derailments but without major damage or casualties. However, unlike the British railways, IR does have a significant number of larger animals such as lions, tigers and elephants.

Tigers and lions do get run over quite often. The relatively small number of lions in the Gir forest may be able to cope with the slow metre gauge trains in their area. But overcrowding has caused them to disperse to areas further away which have heavy broad gauge goods traffic, notably the line to Pipavav port. The results are predictable.

Elephants have caused accidents in several parts of the country, notably in North Bengal and Assam. The worst such accident was in Jalpaiguri district in 2013 which led to deaths of 7 elephants and injuries to several several others: https://en.wikipedia.org/wiki/2013_Chapramari_Forest_train_accident

No humans were affected in this accident.

However, this accident in 2000 near Dehradun did cause some injuries to humans:

18 injured as 3010 Dn Dehradun-Howrah Doon Express derailed after hitting a herd of elephants at  unmanned crossing between Raiwala and Motichur (near the  latter) on Dehradun-Haridwar section. The engine and 3 coaches were derailed. An elephant was killed.

If there is one thing crazier than an Indian railfan, it is the British railfan. They have been at it for over a hundred years with specialized publications starting from the 19th century. Anyway, we take a look at this collection of trivia about British stations:

In the tiny system on the Isle of Man, it is Manx Gaelic along with English.

Northern Ireland is not covered here.

Then it starts getting interesting. Cantonese in Irlam, Punjabi in Southall, Urdu in Levenshulme. See the comment for Levenshulme (click to enlarge).

Here are the signs at Irlam, a small station in Greater Manchester: 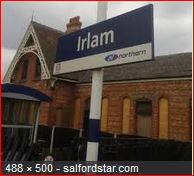 A quick look at the Wikipedia article for this place does not say anything about the Chinese population in the vicinity.

Most readers here will be familiar with Southall:

This western suburb of London has a large Punjabi (mainly Sikh) population.

And finally to the lesser-known Levenshulme: 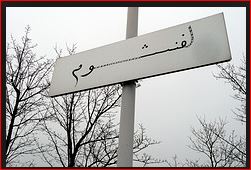 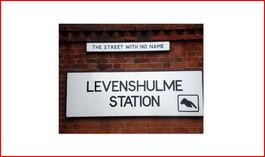 This is also in the Greater Manchester area and has a large population of Pakistani origin.

Extensive research by British railfans has failed to find other station signs in languages other than English. As the article says, there are a number of welcome signs and general signs in various languages, but these are the only platform nameboards in other languages.

Thanks to Mark Lester for pointing me to this site. It contains some other trivia about various aspects of stations in Britain. Note that while Northern Ireland is part of the United Kingdom, it is not part of Britain.

Afterthoughts: all said and done, Britain has become an increasingly multicultural and multilingual society. The vote for Brexit was partly due to this, though the voter’s ire was directed more against the immigrants from the far-flung parts of the EU rather than the Asians. But one wonders what the average native Brit thinks when the majority of his or her fellow passengers in a Tube coach  are clearly of non-British (and that too non-European) origin. I did observe this phenomenon a decade ago. For that matter, a significant number of rail transport employees (particularly in and around London) are of Asian or West Indian origin, though they and perhaps their parents and even grandparents may have spent their lives there.

There was a time in the late 1940s and early 1950s where the London transport authorities had recruiting offices in places such as Barbados and Jamaica (which were still colonies then) where any able-bodied male was offered free transport to Britain if he was prepared to work for them.