The last of a series of reviews of Test cricket in 2018. Here we identify the good performances on Test debut.

40 runs or more in an innings: 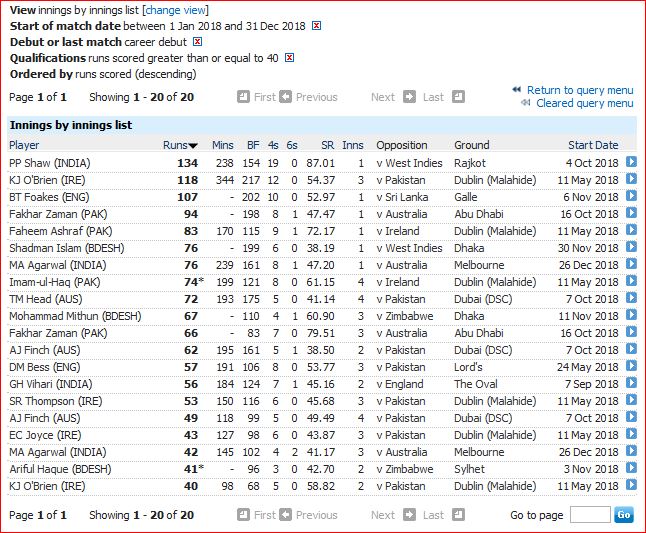 3 centuries headed by PP Shaw, and numerous other 50s.

Fakhar Zaman’s 160 shares the second place among those who made two scores between 50 and 99 on debut.

3 or more wickets in an innings: 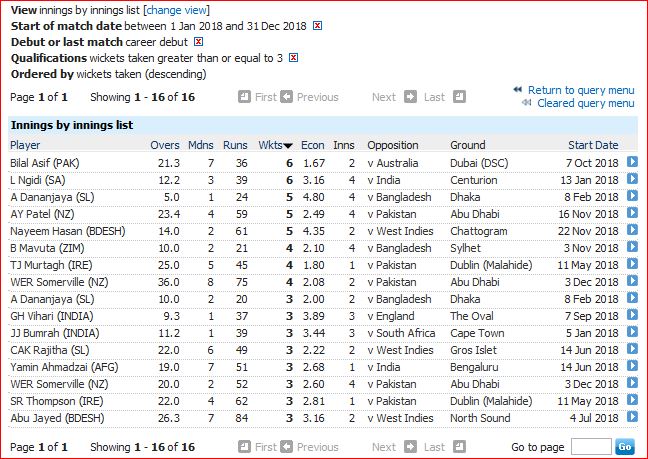 5 instances of fivers, led by Bilal Asif and L Ngidi. Vihari and Bumrah took 3-fors for India. Ireland has TJ Murtagh and SR Thompson in their debut Test, while Yamin Ahmadzai represents Afghanistan on their debut.

6 or more wickets in match:

Dananjaya’s 8-44 is the best for Sri Lanka on debut. The previous record was 8-132 by BAW Mendis (SL v Ind, 2008). Ireland has TJ Murtagh in their debut Test. Bilal Asif took 6 in the first innings and none in the second.

2 or more dismissals in an innings: 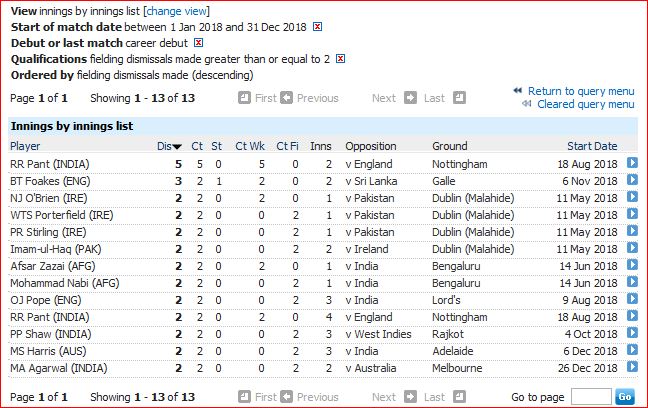 RR Pant leads here. His 5 dismissals equaled the record for India, though Yajurvindra Singh was a non-keeper. 3 Indian keepers made 4 dismissals in an innings on debut, all in the 1950s.

3 or more dismissals in a match:

RR Pant leads again with 7 dismissals. No one else has more than 3. MA Agarwal is one of those who took 3 as a non-keeper

3 instances, with probably SR Thompson’s being the best.

3 instances, with Foakes being the only keeper and MA Agarwal having the best by a non-keeper. Also note MS Harris’s 26 and 26.