In the middle of the Chennai Test, we see Liam Dawson’s 66* on debut while batting at No 8. We look at similar performances by debutant tailenders.

60 or more by debutants batting at No 8: 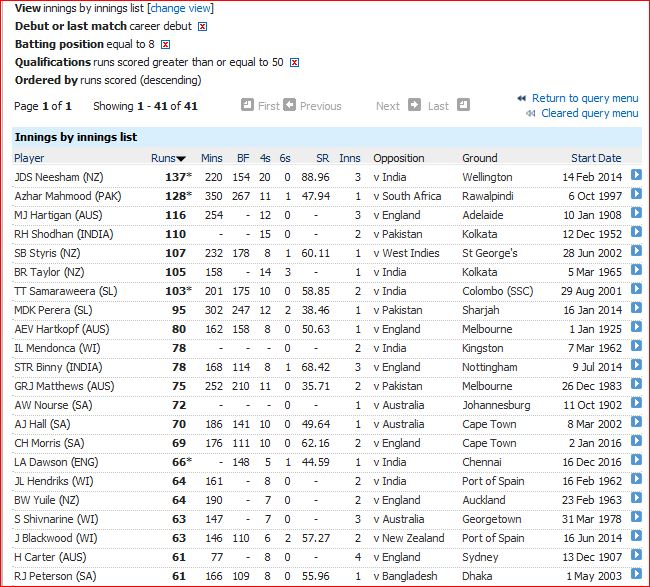 Dawson’s 66* is the highest for England here, taking over the record from the father of a current player: 59 by DL Bairstow in 1979, which was also against India. That was the Oval Test where Gavaskar’s 221 brought India close to victory.

India does have one century by a debutant at No 8, by RH “Deepak” Shodhan who passed away earlier this year. India’s next highest in this category is Stuart Binny’s 78 in 2014. There are several who have done well against India in this category, headed by current NZ player JDS Neesham.

Dawson’s 66* is also the highest for an England tailender on debut, just edging ahead of Darren Gough’s 65 in 1994.