Earlier we looked at stations where train services no longer exist:

Here are some apparently full-fledged and manned stations where no passenger service exists in the timetables. There are various reasons why this could happen.

We start with this station in the middle of Jaipur:

This lies south of Jaipur Jn on the way to Sawai Madhopur. It was in the timetables up to the early 90s. Now it is an active station which has the main yard for storing rakes of long distance trains based in Jaipur. But it is not in the timetable.

Near Hyderabad we have: 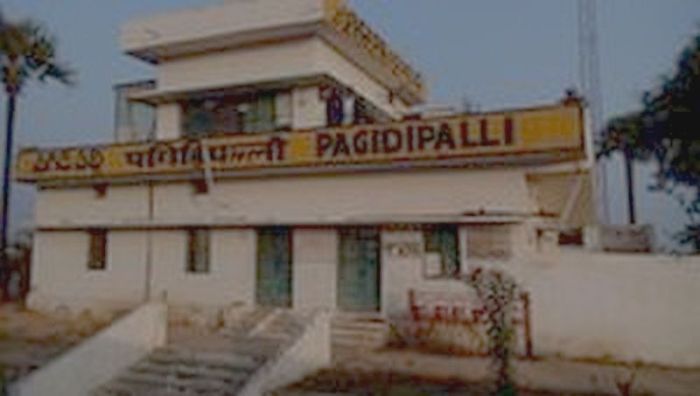 Pagidapalli looks like a real station. And it is a junction where the line to Nalgonda and Nadikude branches off from the Hyderabad-Kazipet line. But no passenger service has ever existed since it was opened around 1990.

Closer to Hyderabad there is:

Hussain Sagar was a small junction mentioned in the timetables of the 1970s. Now the outlines of the platforms can be seen, but only the cabin still functions. 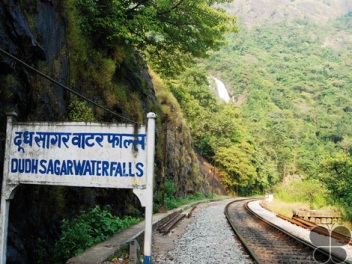 Dudhsagar was once in the timetable when it the Londa-Vasco section was MG. After conversion to BG a new platform was built as a viewing point. No passenger services are scheduled to stop at either, though unscheduled stops are common. Tourists make good use of these stops, even though leopards and other animals are known to roam the area.

No passenger train has scheduled stops at any point between Kulem and Castle Rock. Other stations on this section include this pair: 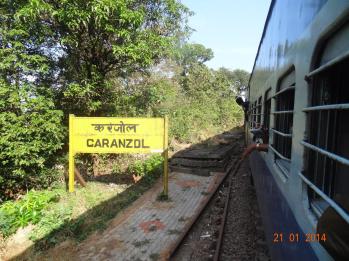 However, they have long sidings to cater to crossings of goods trains.

Sonaulim has somehow become Sonalium, which sounds like an exotic metal.

Update (Nov 2019): One pair of passenger trains have halts at Dudhsagar Waterfalls, but not any of the other intermediate stations including the original Dudhsagar.

On the way from Kalyan to Igatpuri, the semi-stations of Thansit and Oombermali/Umbarmali have existed for decades but never appeared in timetables. Many trains (including EMUs going to Kasara) did stop there for technical purposes. Finally in 2018 they have become full stations:

The stations have been improved, including new signboards which greet the EMUs between CSTM and Kasara which now have scheduled stops.

Then these are well-known signal cabins on the Bhor Ghat between Karjat and Lonavla, where there are no scheduled halts for commercial purposes: 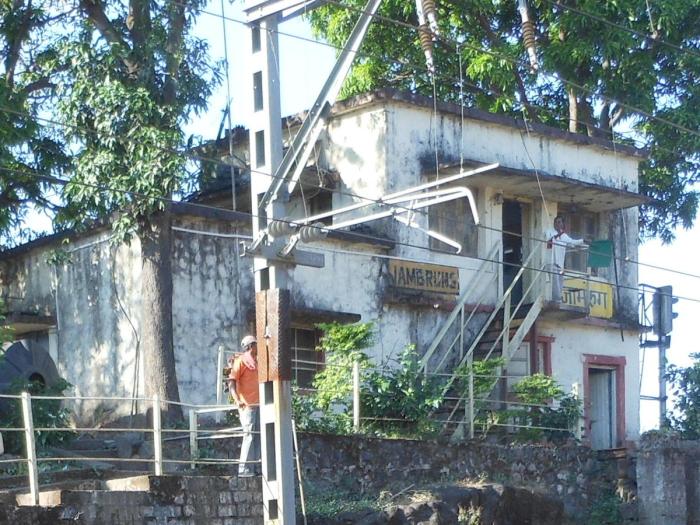 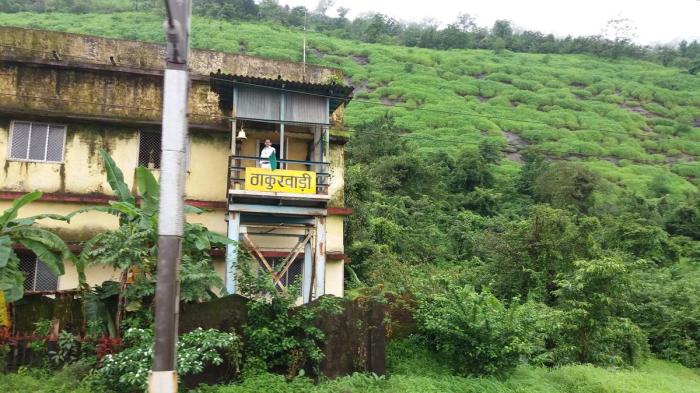 The last picture is that of the lesser-known Nagnath cabin.

Another station which had passenger services up to the 2000s was Singareni Collieries. It still has goods traffic. It is locally known as Yellandu station and is marked thus on Google Maps, although railway documents still mention the former station with code SYI. (These are screenshots from videos of news reports on Telugu channels).

One more is Hubballi South:

As you can see, the sign has recently been repainted as the name was changed from Hubli South. But no passenger train has been scheduled there for years.

A near miss: This oddly-named cabin (Magnesite Jn) serves as an important junction near Salem, where the line to Bengaluru (besides Mettur Dam) takes off from the Coimbatore-Chennai route.

For a short period in 2017-18 one passenger train stopped at Magnesite Jn in one direction. Now that has vanished from the timetable.

The once-thriving Cochin Harbour Terminus (CHTS). It began losing importance once the Ernakulam-Thiruvananthapuram line was converted to broad gauge in the mid-1970s, enabling long-distance trains to run to southern Kerala from Ernakulam Town/Junction bypassing CHTS.

Presently it has goods services but has not had passenger services since 2004. In July 2018 it was announced that DMU services would be started between Ernakulam Jn and CHTS. They did start running in September, but stopped after a few weeks.

Between Ernakulam Jn and CHTS there is Mattancheri Halt, which did not have passenger trains for years but has now been spruced up for the (short-lived) DEMU services in 2018:

Our next stop is at Kanpur, with a tangled web of stations:

We know Kanpur Central and perhaps Kanpur Anwarganj. But many residents of Kanpur have never seen the original Cawnpore which was built in the 1850s and served as the main station until around 1930, when Kanpur Central was built on the way to Lucknow. A loop line then connected Kanpur Central to the old line. The old Kanpur station (at the bottom of the map) saw no more passenger traffic, although goods trains continued to pass it:

It can be easily visited, but you will have to approach by road.

In Chennai, EMUs used to run between Villivakkam and Anna Nagar with an intermediate stop at Padi. I was fortunate enough to travel on this route in 2005 during its short life. There was not much passenger traffic, which hastened its closure. Today, only departmental trains run here to the ICF furnishings division near Anna Nagar.

Then there are the freight-only lines, like the one between Tornagallu and Ranjithpura which serves the iron ore industry in Karnataka. This is one of the intermediate stations:

And another one near Motumari in Telangana, which serves the cement industry: 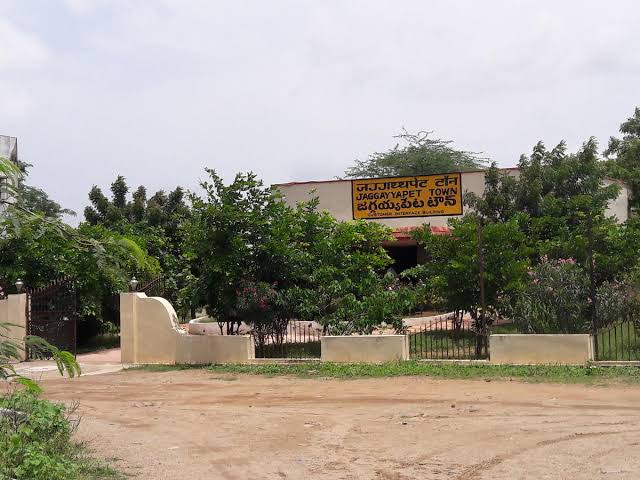 Trains did not stop at this station near Ranaghat in Bengal for a long time. Now it seems to be served.

There is no information on the net as to why Mr Cooper was important enough to have a station (well, even just a halt station) named after him.