There have not been many Tests between these teams, so we can sum them up below: 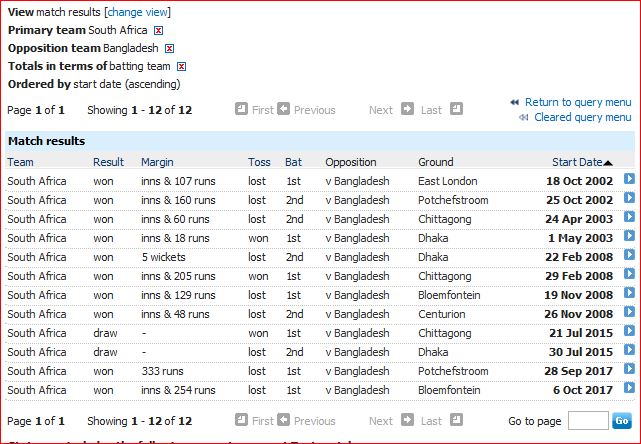 SA has won 10 of the 12 Tests between these teams, and the two draws were in matches badly affected by rain. All 6 of the Tests in SA were won by SA, 5 by an innings. The sole exception was the first Test of this series, though that was practically an innings defeat as the sum of BD’s two innings was less than SA’s first innings.

With this small sample size, it is not worth studying averages but we look at other statistical points below: 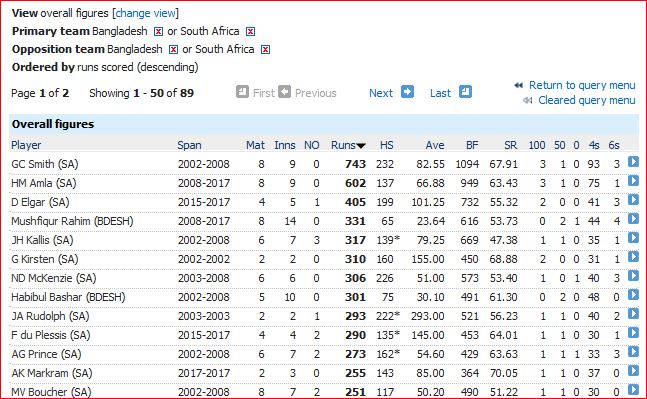 Several of these players played in the current series.

Amla and Smith scored 3 centuries apiece. They are also the only ones to make 4 scores of 50-plus.

Highest individual scores (75 and above): 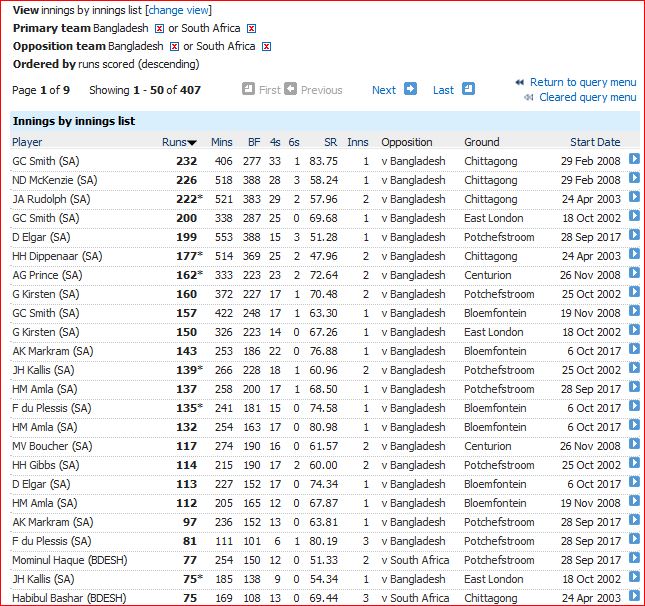 One-sided indeed, although Mominul recorded BD’s highest score of 77 against SA. The previous record was 75 by H. Bashar in Bangladesh in 2003. 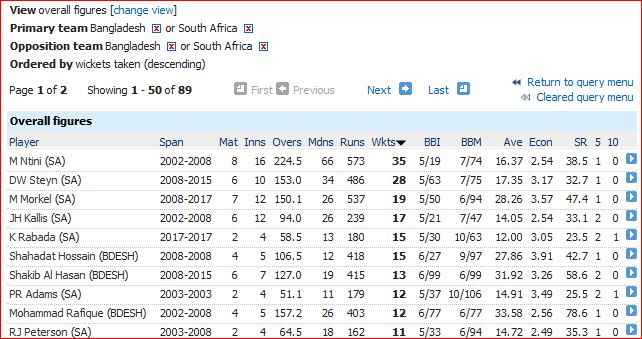 Ntini and Steyn have a considerable lead over the others, though Bangladeshi bowlers also have a presence here.

Best innings bowling (including all 5wi and above):

Interestingly, the three best bowling performances are by Bangladeshi bowlers-including Shakib who opted out of this series. Rabada’s two fivers in the current series are among the best for SA. Four bowlers have taken two fivers apiece.

Best match bowling (including all 7wm and above): 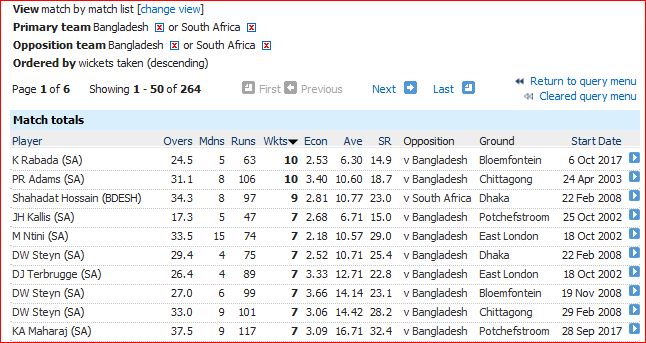 Most fielding dismissals (5 and above): 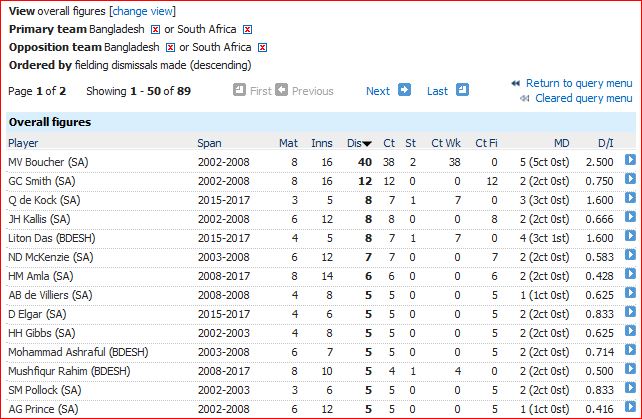 Boucher is far ahead of the rest, while Liton Das moved on to BD’s highest tally of 8 dismissals. GC Smith has the most catches by a fielder (12).

Liton Das is the only one to challenge Boucher. Markram has the most catches by a fielder (3).

Most match dismissals (4 and above): 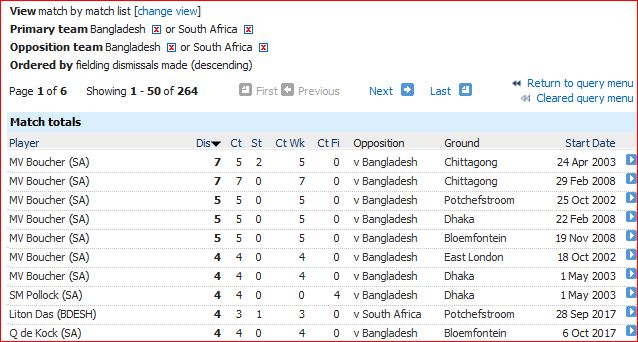 Again a near-monopoly by Boucher. Pollock is the only fielder with 4 catches in a match.

Only one instance by one of the best all-rounders in all Tests.