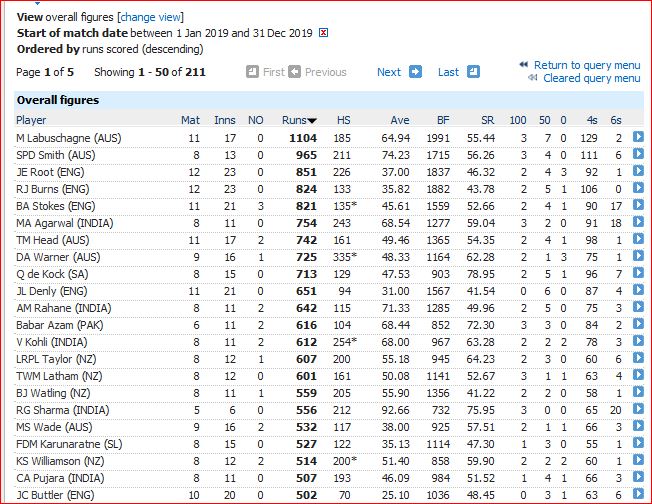 The top scorer here is M Labuschagne who had made his debut in 2018 with little impact, but he soon showed his class. The returning SPD Smith came second, while his former deputy Warner did not fare so well.

Others in this list who had made their Test debuts in 2018 or 2019 are RJ Burns, MA Agarwal, TM Head and JL Denly.

Several players made 3 centuries. Labuschagne had the most 50+ scores (10) and the next highest was 7.

SCJ Broad had the most ducks (5) followed by three others with 4. 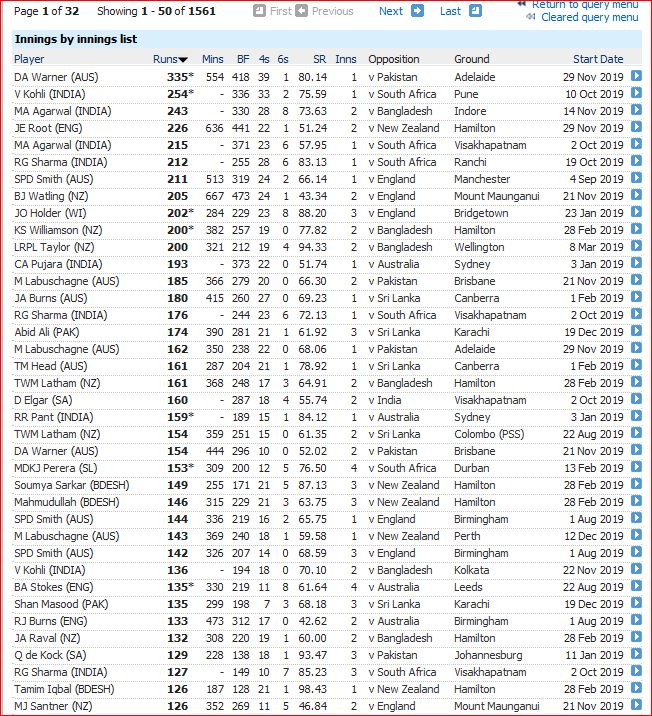 One triple by Warner and 6 doubles, including 2 by newcomer Agarwal and one by the rejuvenated RG Sharma. Labuschagne’s highest was 185, but he made a double at the beginning of 2020. The longest innings was 473 balls in Watling’s 205.

Sharma and Smith made centuries in each innings:

Sharma’s 13 6s in the match is a new Test record. The previous record was 12 by Wasim Akram in a single innings:

Labuschagne yet again, with Head and Warner following at a distance.

There are even a couple of single-digit averages by tailenders. This seems to show that Broad’s batting is now negligible.

de Kock leads by a distance over Babar Azam, who also has a large lead over R Taylor. And Watling showed that a low overall strike rate does not prevent one from scoring a double century.