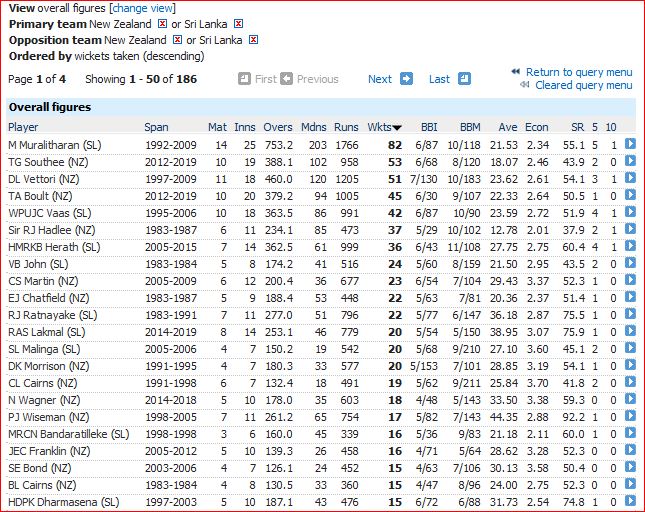 Muralitharan dominates, but current players such as Southee and Boult are slowly catching up. Southee overtook Vettori as top wicket-taker for NZ during this series.

Vettori has the only 7-wicket haul here. Boult and Southee did well in the 2018 series. 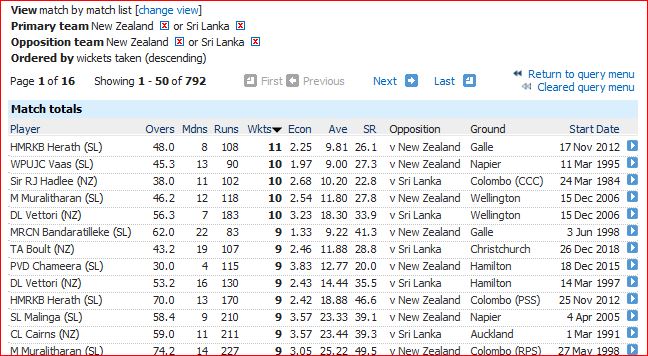 While there are several 10-wicket hauls, the only recent good performance was 9-107 by Boult in 2018. Sir Richard Hadlee is here from the early days.

Here Watling leads although he has played relatively fewer matches. P Jayawardene has the most stumpings.

The next two places go to Tillakratne and Mc Cullum who were not keepers in all their matches. The most by a non-keeper is 23 by Fleming. Current players including Williamson and Taylor can also be seen here.

While IDS Smith has 7 catches in an innings, no non-keeper has reached 5. 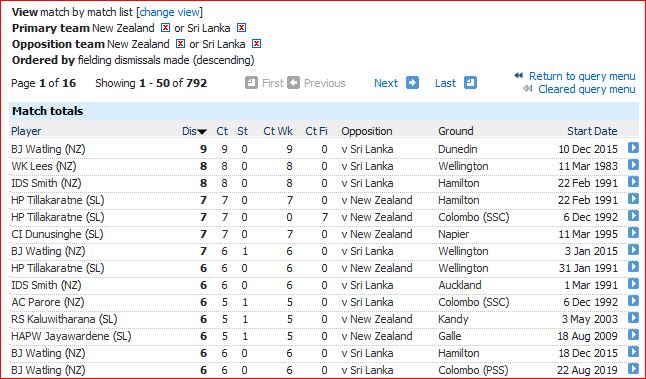 Watling is the only one with 9 dismissals. The most by a non-keeper is 7 by Tillakratne, which was a share in the world record for some years. He also took 7 catches as a keeper on another occasion.

Tillakratne heads this table, with dismissals both as a keeper and non-keeper. Next is McCullum, another “hybrid”. The best figures by a non-keeper are by SP Fleming.

Watling is not here as he has not played enough. Williamson and Taylor have the best figures among current players.

The only true all-rounders Vettori and Vaas can be seen here.

Vettori and Vaas again. Vettori has the relatively rare feat of a fifty plus 10 wickets.