This is one topic for which information is readily available from Cricinfo’s record section.

The record for T20I cricket came under serious threat recently:

This can also be seen here: 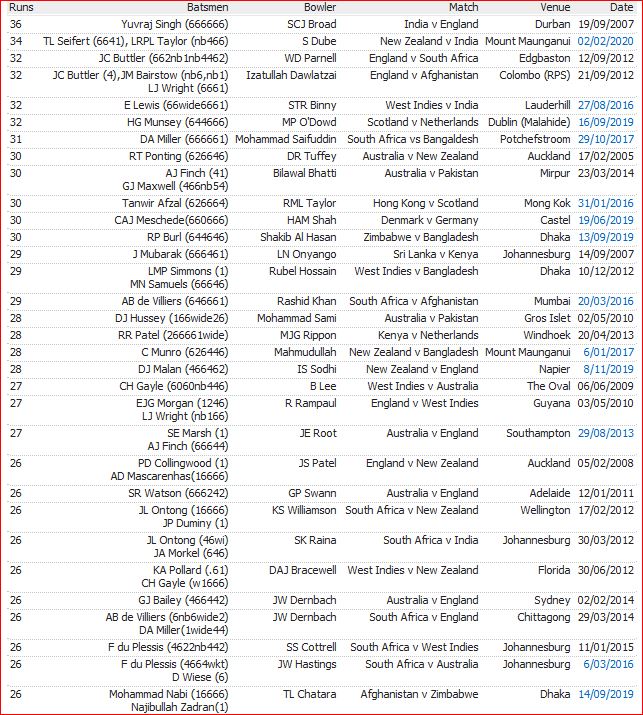 In the 5th T20I in the recently concluded India-New Zealand series, Seifert (17) and Ross Taylor (17 including a no-ball) took 34 runs off an over from Shivam Dube. That was his first and only over in the innings. It was the second highest in T20Is, surpassed only by Yuvraj Singh’s 6*6 off Stuart Broad in the 2007 world championship.

Previously the worst such misfortune to an Indian bowler was Evan Lewis taking 32 (including a wide) off another Stuart (Binny) in 2016. Suresh Raina had conceded 26 against South Africans Ontong and Albie Morkel in 2012.

Remember to read the footnotes at the bottom.

The highest scores from the link can be seen here: 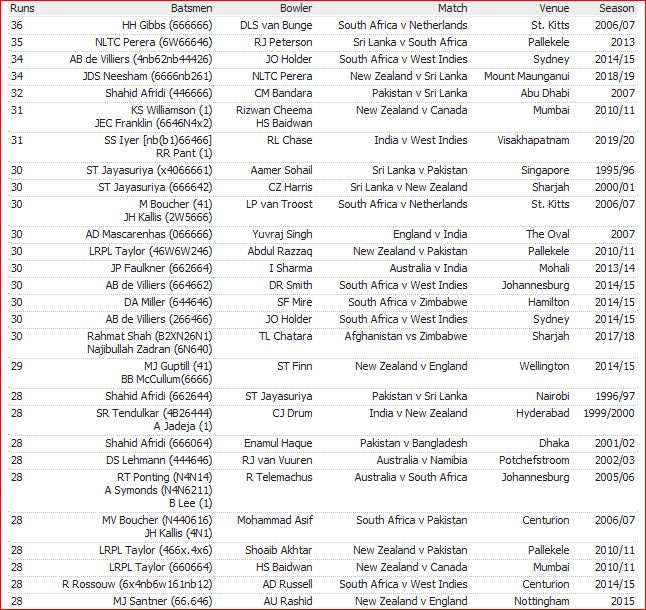 There is also a 6*6 by Herschelle Gibbs off Namibia’s DLS van Bunge during the 2007 World Cup.

Indian bowlers also figure here: Yuvraj Singh conceded 30 to AD Mascarenhas in 2007, shortly before he repaid this with interest to Broad in a T20I.

Which is reproduced here: 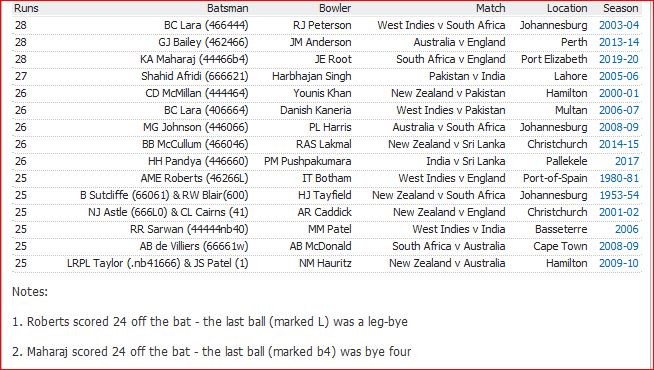 The Indian record is 26 by HH Pandya off SL’s PM Pushpakumara in 2017.