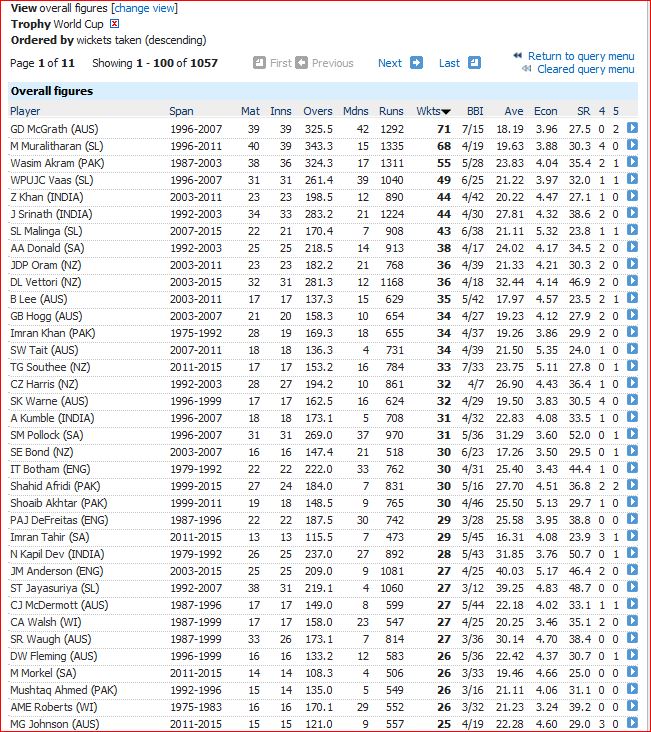 McGrath and Muralitharan are quite ahead of the others.

The best for India is 44 by Zaheer Khan and by Srinath, in 5th/6th place.

McGrath and Afridi are the only ones with two five-fors.

Best innings bowling (including all instances of 6wi and better): 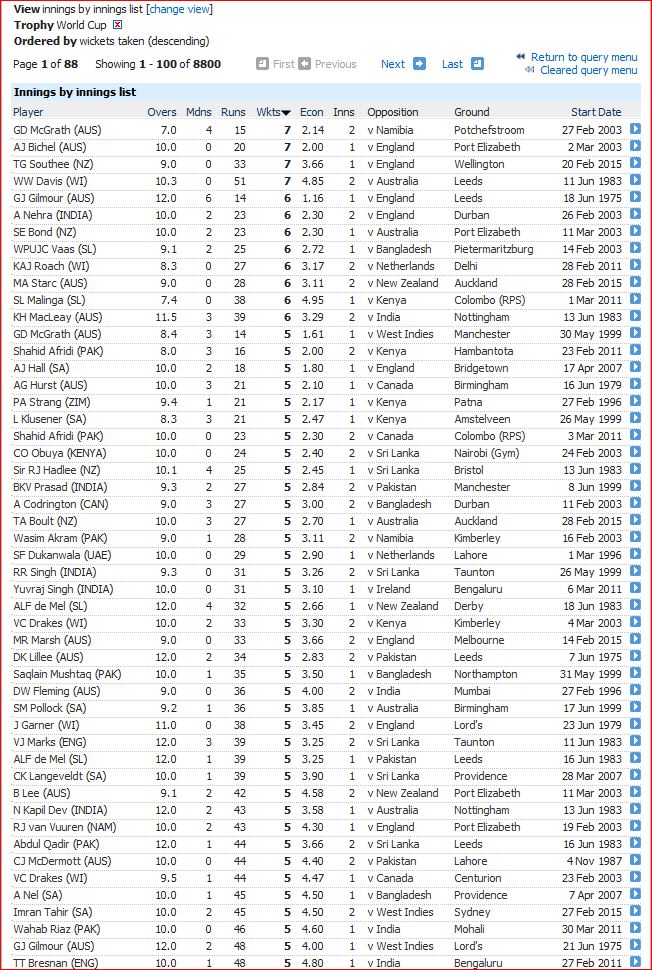 McGrath has the best figures of 7-15 against Namibia, while Bichel’s 7-20 against England may be considered more significant. 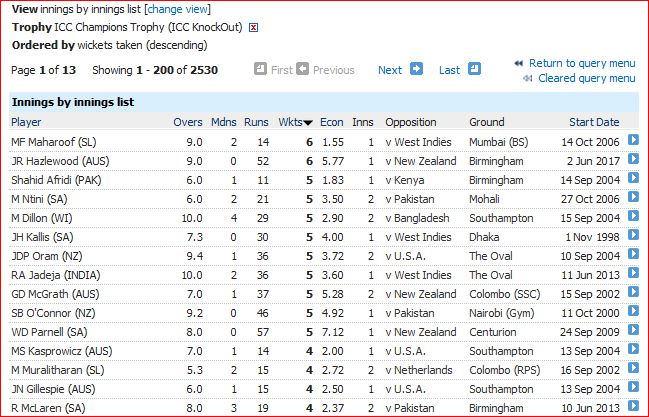