Statistical highlights of the Women’s World Cup in 2017.

Highest innings (90 and above): 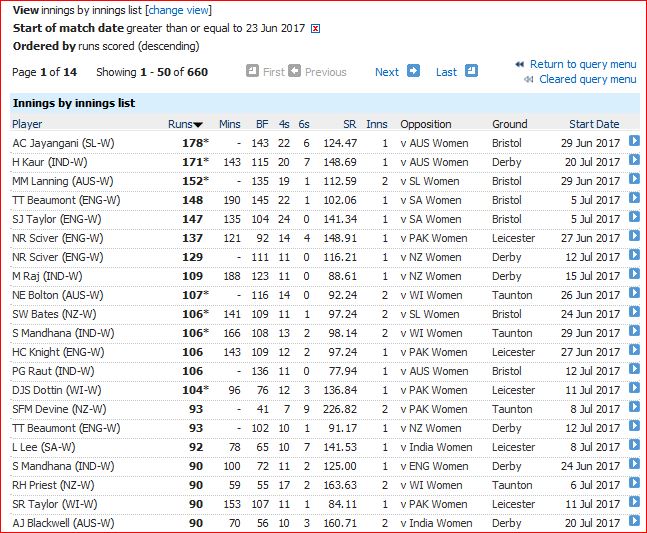 NR Sciver (Eng) is the only one with two centuries. But EA Perry (Aus) made 5 scores of 50+, though her top score was only 71. M Raj (Ind) and L Wolvaardt (SA) made 4 scores of 50+, while the latter also failed to score a century.

It is ironic that the highest score was made by a batter from a team which finished second from the bottom.

The first name may be a surprise, as she was among the lesser-known players from her side until the later stages of this championship.

Most wickets (8 and above):

D van Niekerk (SA) is the only one to take more than one 4wi, including 4 for 0 which has never been achieved in men’s or women’s ODIs before.

The top two wicket-takers are engaged to be married. Once this takes place, they will be the first married couple to play in the same national cricket team. Not sure if this has happened in other sports.

Best innings bowling (including all 4wi): 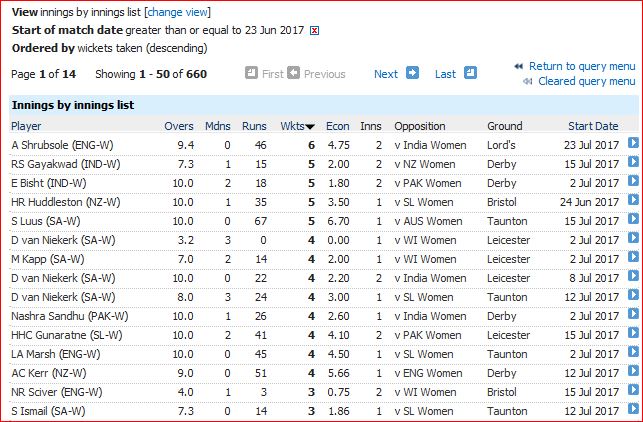 van Niekerk has the best bowling average (as well as the best economy and strike rate).