Some may need an explanation:

Next, we proceed to one of Guwahati’s main markets: 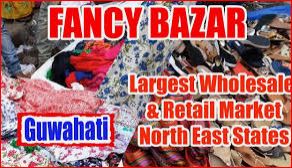 Those familiar with the city will point out that the market is near the jail, where hangings were carried out. The trading community must have thought that Fancy Bazar sounded better than Phansi, which would be bad for business. Hence the present name.

Then there is this small town near Siliguri. It is important enough to be marked on highway signs. Here is one sign which indicates its name:

It is unclear why this nondescript place was associated with hanging.

You can see the town here.

The nearby station was indeed named Phansidewa. By the early 1970s it was renamed:

It is on one of the main routes leading to North-East India.

There are, of course, other places with morbid-sounding names. One of the better known ones is Tombstone, Arizona which was the site of many shootouts in the days of the Wild West:

Examples of the town’s history (with a lot of graveyard humour) can be seen in this tourist brochure:

As we have seen in the previous post, a name of a place or person may become offensive if it means something else in another language. We start with this station in the outskirts of Kolkata: 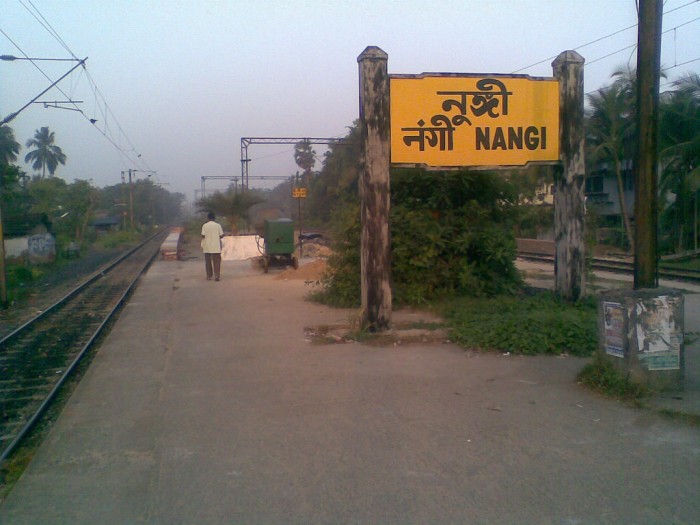 Though there are many words common to Hindi and Bengali, this is not one of them. In any case, the Bengali inscription indicates that it should be spelt Nungi or Noongi. This locality is known for the manufacture of fireworks, possibly the largest such centre in India after Sivakasi.

India has many place names such as Bangarapet, Bangiriposi, Banganapalle of mango fame and the former Bangalore. Then there is Bangkok, where you will find: 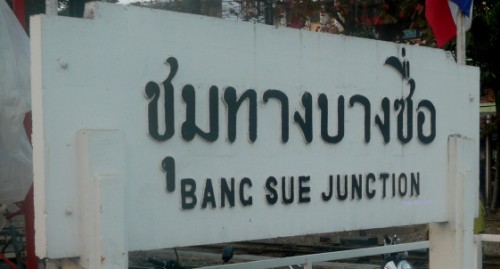 Poor Susan! She will have to be particularly careful there – especially as this is to become Bangkok’s main station in the near future.

There are other things traveling Indians will run into, such as this place in Sweden:

I have passed that way by train many years ago, although no suitable picture of the station sign is available on the net.

While this is not one of the largest cities of Sweden, the University of Lund is highly ranked.

Surnames such as Hammarlund are common in Sweden. The Hammarlund Radio Company was one of the leading manufacturers of radio receivers in the US. Back in Mumbai, there is this long-standing establishment near the Gateway of India:

We close with this sign which causes amusement in northern India: 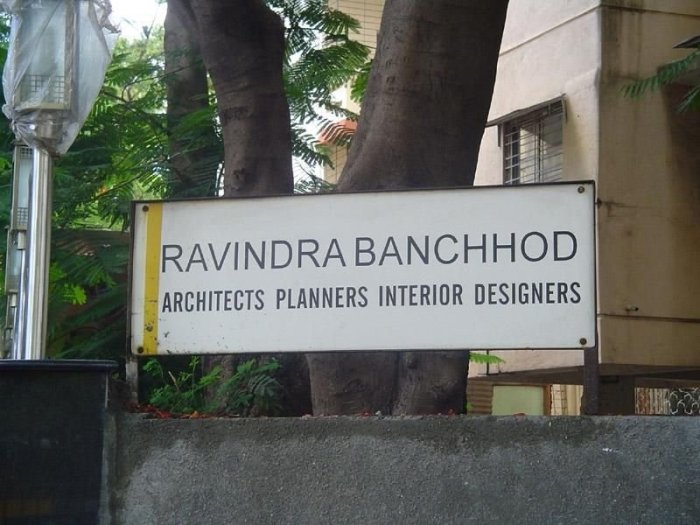 Names like this are found in Gujarat. Morarjibhai’s middle name was Ranchhodji.

There are places which have names which may sound funny or offensive in other languages. Probably the most famous one is this:

More about this tiny place with a population of around 100:

Obviously this name is not particularly significant to German speakers, but is a source of amusement to English speakers, especially Brits.

The Brits have something similar in Surrey, but not in the same class:

While “dork” is not a verb, it is a noun in American English:

A standard sign in the US (especially in college classrooms) in “No food and drinks”. Someone at Stanford had put up a realistic sign stating “No freaks and dorks” which the faculty chose to leave untouched.

There was a controversial judge named Robert Bork who was nominated by President Reagan to the Supreme Court, but his nomination was rejected by the US Senate in 1987. While his name rhymes with “Dork”, the word predates him.

This town is somewhat larger than its Austrian counterpart. It is perhaps appropriate that it is famous for poultry:

More on the general topic of places with unusual names:

That is a bit exhaustive and lengthy, but a shorter one is:

This topic is indeed worthy of a doctoral dissertation.

Next we will take up a few such cases in India.