There are many maps showing areas disputed between India and its neighbors. This is perhaps the most comprehensive. It appeared in the “Economist” some years ago.

Though you may find this more convenient: 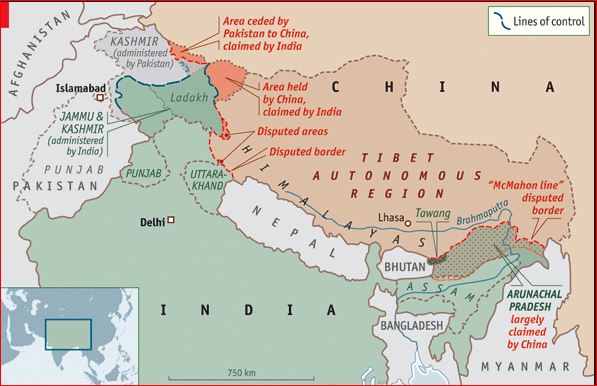 This map of Himachal Pradesh shows the districts: 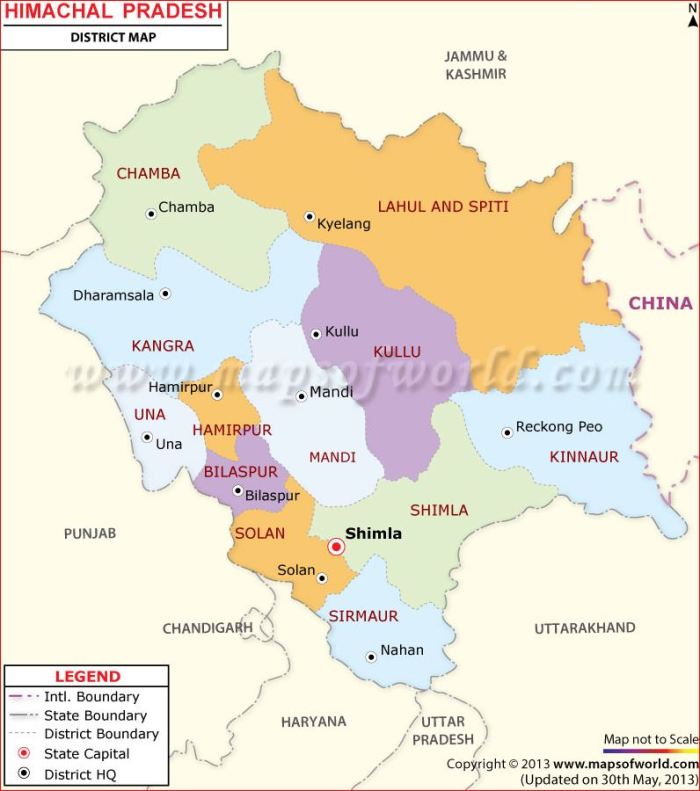 We can see that Kinnaur and Lahaul-Spiti districts share borders with China.

Incursions have been reported in the vicinity of Sumdo.

Here is a Google Maps extract showing the border post of Kaurik:

Unlike in the case of most of our northern borders, roads seem to exist to within a few km of the border here.

A longer list of disputed areas can be seen here:

Every couple of years we see panic in the media over the Chinese entering India at a place called Barahoti in Uttarakhand. It is often forgotten that India has borders with Tibet in Himachal Pradesh and Uttarakhand as well as Jammu & Kashmir and Arunachal Pradesh. There has been a dispute about Barahoti on record since at least 1954, in the days of Hindi Chini Bhai Bhai.

Anyway, the place known as Barahoti is  (as far as I could find) an 80-sq km pasture in Chamoli district. No information about its permanent population and infrastructure seems to be available on the net. It is too obscure to have an article in Wikipedia. Anyway, you can see its location on Google Maps:

Also this one of Chamoli district:

The nearest town of importance seems to be Joshimath (the tehsil town) and the nearest place of any importance is the village of Malari, which you pass while going to Barahoti and beyond. The motorable road appears to end somewhere here.

The nearest permanent military outpost is at a place called Rimkhim about 10 km from the border and a few km from Barahoti.

In the 1962 was the Chinese armed forces did not bother to do anything here, presumably as their objectives in Ladakh and NEFA were more important.

These articles may be of interest:

The first article, in particular, brings out the rather laid-back conditions on the Indian side of the border. Unlike in most of the India-Pakistan and India-Bangladesh borders, no one seems to know or care just where the border is.

You may also find this of interest: