At the conclusion of South Africa’s 3-0 win against Pakistan, 26 Tests had been played between these teams. Here is a summary of the results: 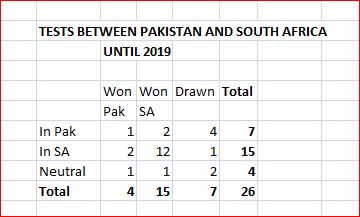 South Africa won two home series against Pakistan 3-0 in succession. In between, a series in the UAE was drawn 1-1.

We now look at individual performances: 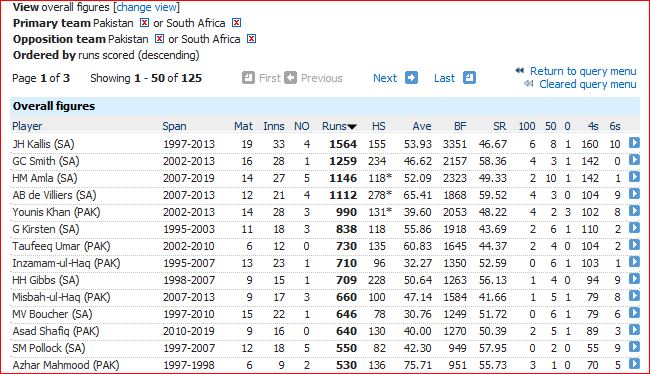 The only instance in this series was de Kock’s 129.

ABD is far ahead of the others. Amla and Azhar Ali are the only current players here. 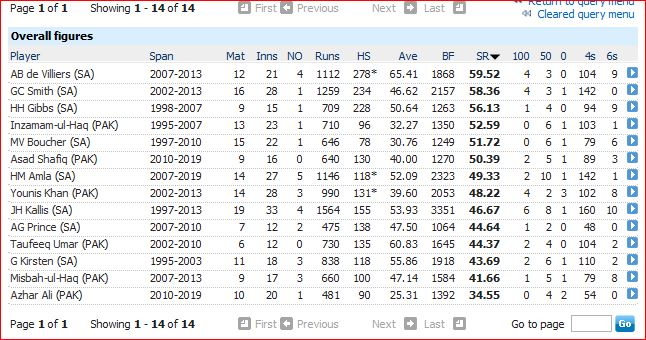 ABD again, though closely followed by GC Smith. Asad Shafiq and Amla have the highest strike rates among current players.

The two-Test series between England and Pakistan ended with an anti-climax on the third day of the second Test, making the series an 1-1 draw. The previous series in 2016 was a 2-2 draw.

Here is a summary of all Tests between these teams:

In this series no one scored a century and took a five-for. So the Lord’s honors boards are unchanged.

Cook leads here. Among current players Root and Asad Shafiq are far behind. 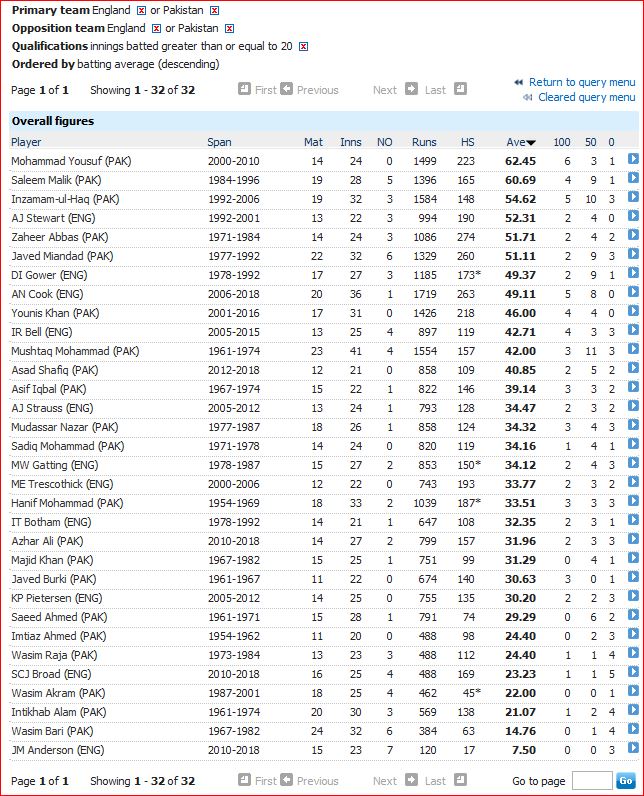 Cook and Asad Shafiq are the highest among current players. Imran Khan did not bat in enough innings to reach this table.