A quick look at prominent cricketing figures who passed away in 2017. This does include all Test players. “Others” include major ODI and FC players, Test umpires, prominent female players, administrators and journalists. This list would have to be subjective as this writer is more familiar with cricket in India and England.

Information has been taken from Cricinfo and Cricket Archive. Between them, they should not have missed anyone.

Note that this blog contains obituaries for 2014 onward which have appeared in the beginning of 2015 and subsequent years. 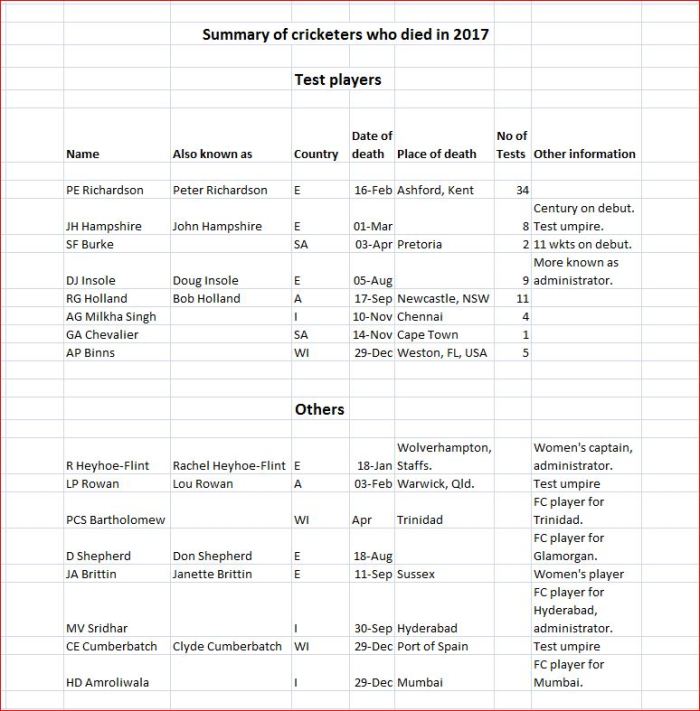