GH Vihari became the latest to make two scores of 50+ in a Test for India against the Wes Indies. Here is the full list of those who have achieved this: 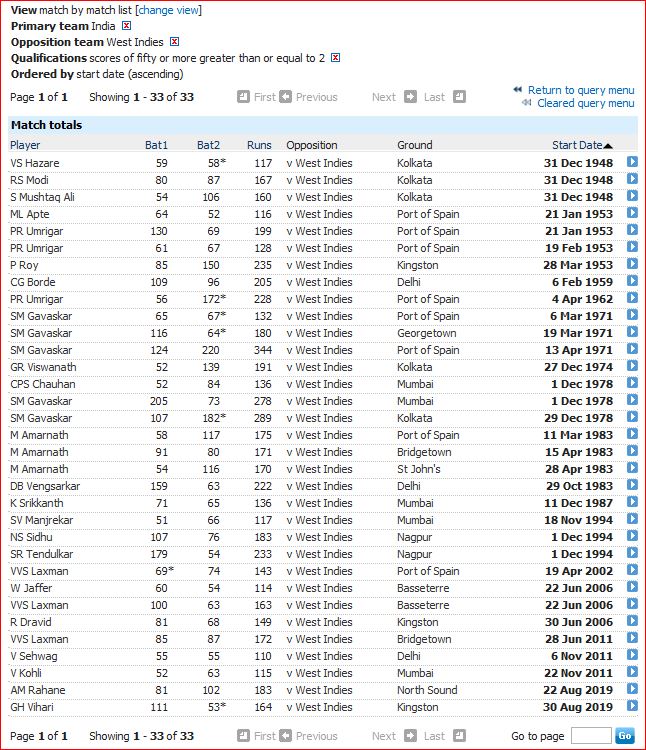 In 1962, Umrigar added a fiver to his two fifty-plus scores.

The corresponding performances for the West Indies against India: 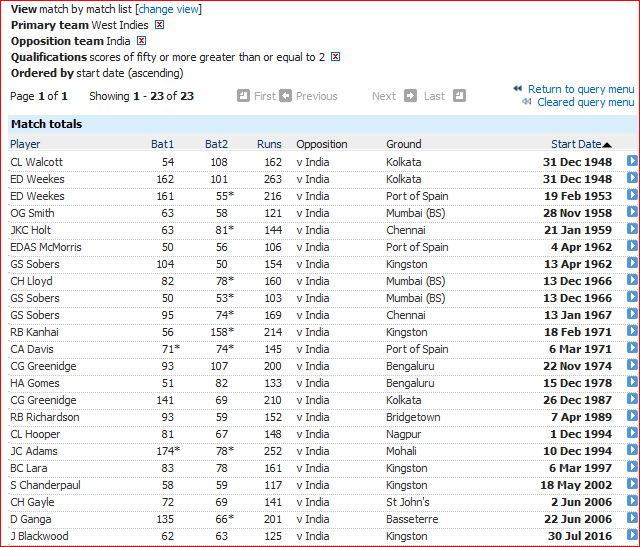 Only 23 such performances, compared to 33 by India.

They include Weekes’s pair of centuries in 1948, as part of his five in  successive innings.

And Sobers added a fiver to his century and fifty in 1962.

Lloyd and Greenidge were making their debuts.

Only Weekes made centuries in both innings.