A summary of all Tests between these countries: 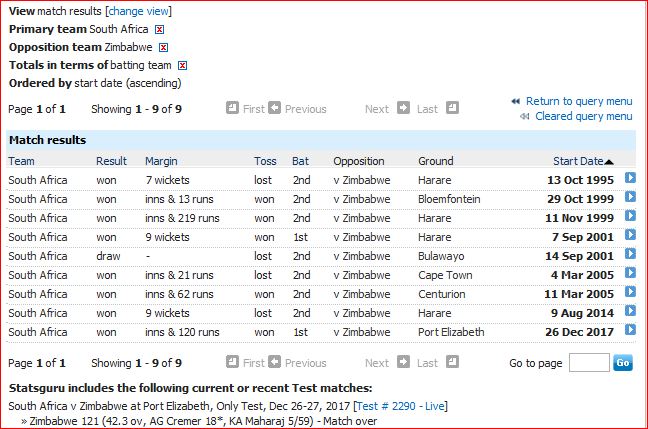 We quickly go through the main individual performances:

Andy Flower’s performance in a weak team is particularly creditable. He and Kallis are the only ones with more than one century.

Highest innings scores (90 and above): 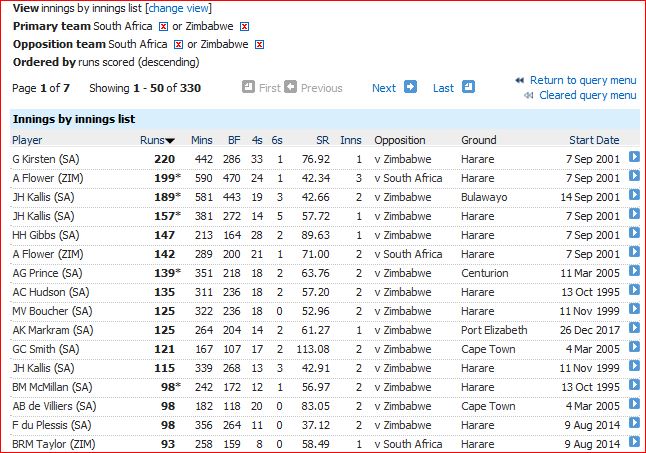 Andy Flower again, highlighting his lone battle with 142 and 199* in a losing cause.

Most wickets (8 and above):

Best innings bowling (including all 5wi and above):

Best match bowling (6wm and above): 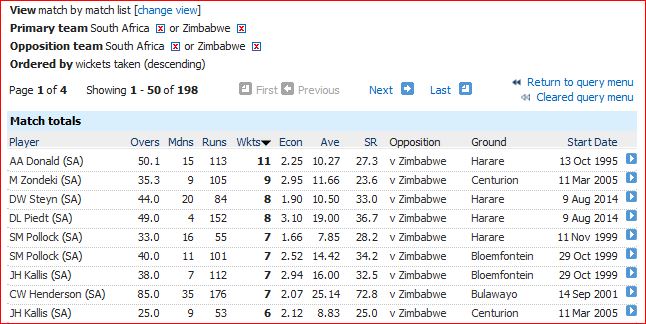 As above, Donald’s record stands since 1995. And no Zimbabwe bowler appears here (again, because of the numerous innings defeats).

Most dismissals (5 and above):

As one would expect. Interestingly four non-keepers share the record of 5 catches. 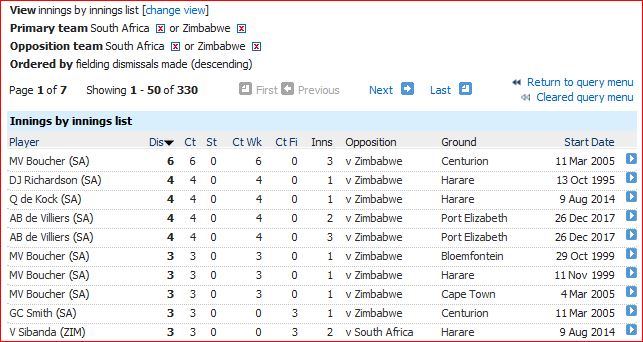 As expected, though Sibanda’s presence as the lone Zimbabwe player is strange.

Note the absence of any Zimbabwe players here, and GC Smith’s record among non-keepers.

The best all-rounder on both sides, while Pollock and Streak did not play enough in these matches. 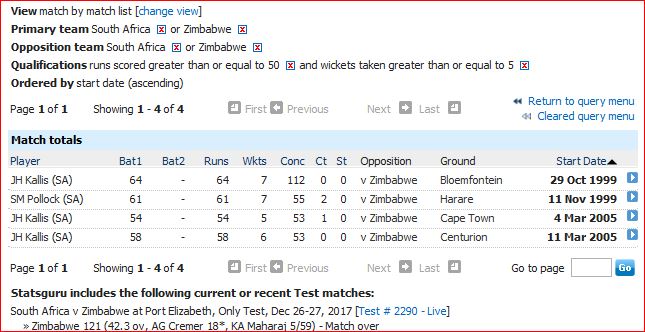 There is no instance of 50+5wi in these matches, so the criterion is reduced to 50 runs and 5 wickets in the match. Here again it is Kallis all the way with Pollock playing a minor role.