Note: Up to June 30, 2021 and minimum 20 innings batted at that position. The Test involving the ICC World XI is not counted.

With the advent of Statsguru, there are many studies which can be carried out to assess levels of competence and incompetence in different fields of cricketing ability.

Here we take a closer look at Test batting averages under different conditions.

(Here we are considering batting averages with a minimum of 20 innings. The Test involving the ICC XI in 2005 is not counted.)

In this segment we look at the highest batting averages under these conditions:

We now look at the other end of the scale: Lowest batting averages

Hope you found this interesting. We will take up similar analyses for bowling averages next time.

We now start with the World Test Championship table at the end of this series: 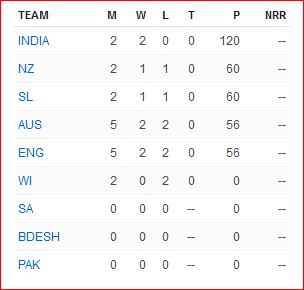 Australia and England are only above the West Indies. (The three teams below WI have not played any WTC matches yet).

The record of all Tests between these teams:

Although the series was drawn 2-2 (the first drawn Ashes series since 1972) Australia retained the Ashes which they held since 2017-18. 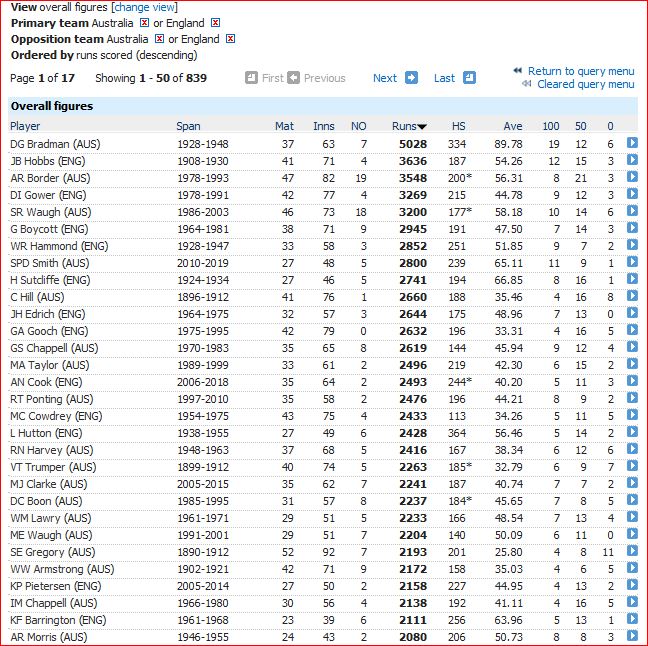 Apart from scoring the most runs, Bradman has the most centuries (19) and 50+ scores (31). The next highest scorer was Hobbs with 11 centuries, although third-placed Border has 29 50+ scores.

Among current players there are Smith and the recently retired Cook. 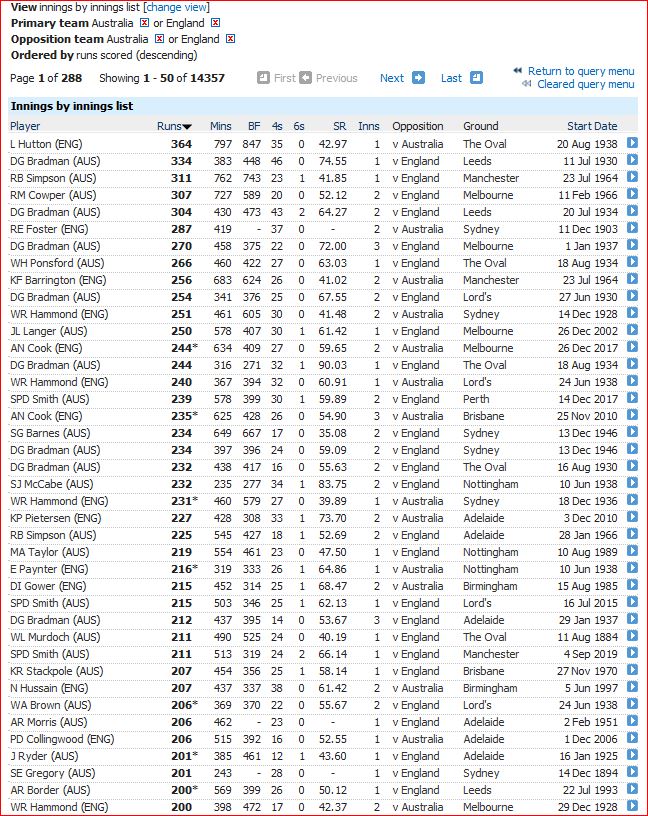 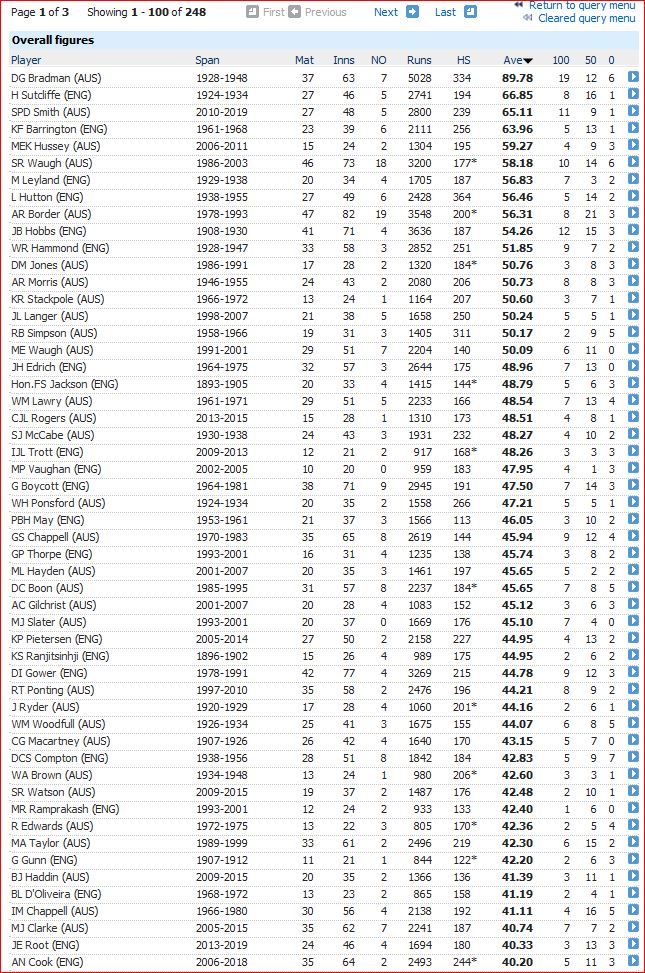 Bradman tops by a large margin as usual, followed by Sutcliffe. Smith is now in third place. Root is the only other current player, just making the cut of 40.00.