This is a logical follow-up to the last post

Taking a minimum of 3 wickets in an innings, this has happened only 8 times in all Tests: 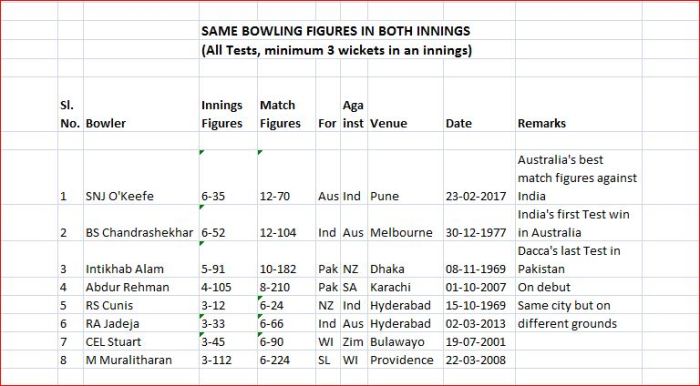 Only three instances of tenners. The second one was historic as India recorded their maiden Test win in Australia. This was a victory by a large margin, while India had lost the first two Tests of that series by narrow margins.

Strangely Hyderabad in India figures in two of these instances, though at two different grounds. Abdur Rehman recorded this on debut.

Looking at Indian bowlers alone with a minimum of 1 wicket in an innings, we get:

On debut, there are only two who have taken at least 1 wicket in an innings: