Please refer to this earlier post, where the changes in the alignment in the Haflong area are described.

A number of stations are no longer on the route and have thus vanished from the railway map. And some new stations have come up.

Here are pictures of the some of the old and new stations. Copyrights of the pictures are with their creators:

Old stations (The one in the top left is Bagetar): 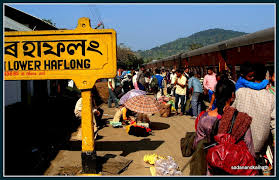 And here is another interesting sign you may see near Jatinga:

In the last two days, the CRS has inspected the BG line from Lumding to Badarpur and Silchar. It is understood that this route will be opened for passenger traffic shortly. It has been a particularly tortuous conversion (even worse than that of Hassan-Mangalore) which has stretched on since 1997.

Various acts of terrorism (including attacks on trains as well as construction sites), heavy monsoon rains as well as apathy from various Central governments did not help either. Here we see the distance tables for the BG and MG lines. Note that there is a completely new alignment in the central portion, bypassing Haflong and its circle round the hill. A total of 16 km has been reduced. Some stations have been left out while new stations have been added. These are marked in bold. 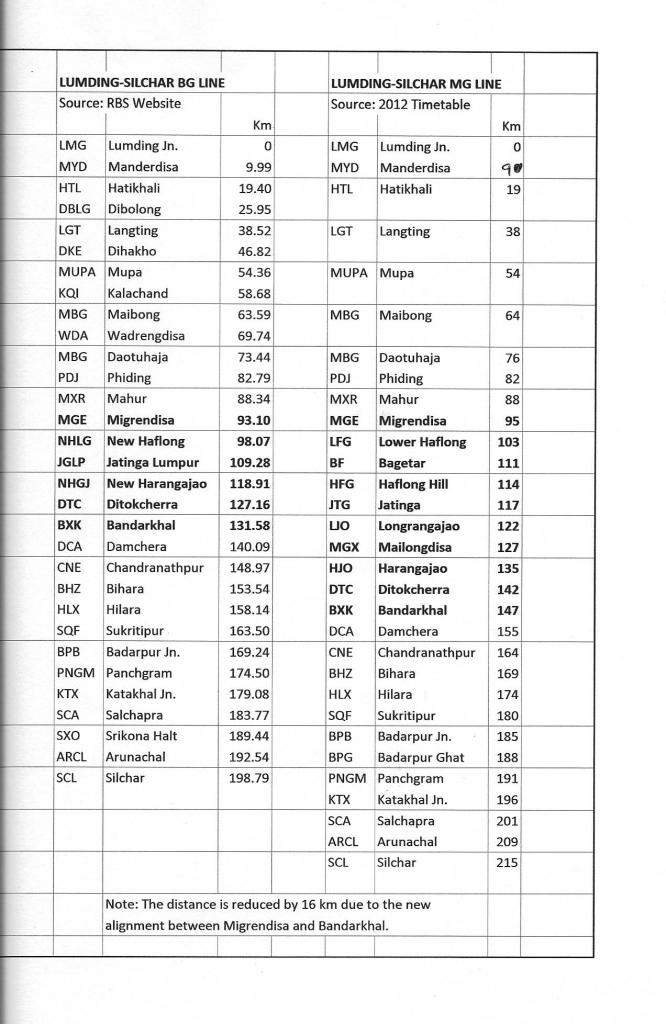 Here you can see the beginning of the diversion from Migrendisa. Of course, if you follow the line right from Lumding you will see quite a difference in alignments. In some cases like Migrendisa the BG and MG stations are at different locations. You can follow the route down to Bandarkhal to see the different alignments clearly: https://www.google.co.in/maps/place/Haflong,+Assam+788819/@25.1799083,93.0555428,15z/data=!4m2!3m1!1s0x374fa3e329fdadf3:0xe2ff7a660d6272c8

Important note: As of May 2017 the old alignment is no longer shown on Google Maps. Only the new alignment is shown.

Jatinga is a sort of tourist spot because of the birds which are bent on ending their livesthere, though it is not really a mystery: https://en.wikipedia.org/wiki/Jatinga

Another odd point is a station with the typical North Indian name of Kalachand, among exotic names more reminiscent of East Asia.

At the time of writing there is no service between Badarpur and Karimganj (which is still under conversion), while one pair of MG passenger trains are running between Karimganj and Agartala.

The Lumding-Badarpur route has a long and not very happy history. (However, the Badarpur-Silchar section is in the plains and does not have any particular problem with the terrain). The former was considered as a major operational bottleneck, with abut 18 km of 1:37 gradient which is now eliminated. It was a major supply route during World War 2, with supplies being shipped from Chittagong port to Upper Assam, where a number of airstrips in the Dibrugarh area were supplying China over the Himalayas. And there were the army operations in what is now Nagaland and Manipur. The Japanese came close to capturing Dimapur, which may have resulted in the fall of much of North-eastern India. Here are a couple of pictures from that time:

The full caption reads: …crossing the Detokcherra Bridge on the Bengal Assam Railway. The pipeline on the near side of the bridge is the Chittagong-Lumding pipeline. 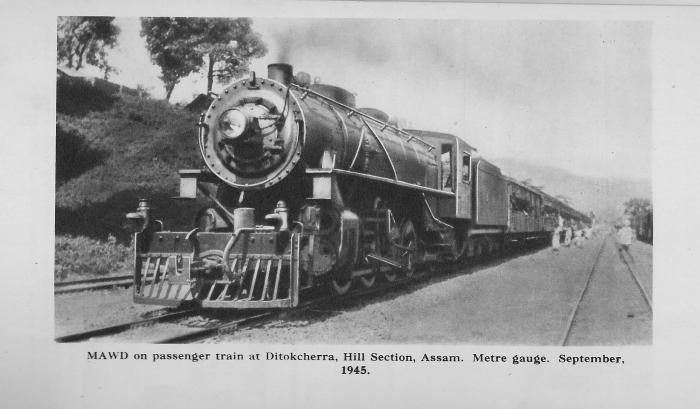 These pictures are from a book “Line of Communication” by John Thomas (1947) which gives a comprehensive picture of railway operations east of Calcutta during the war, when most of the running was taken over by the US armed forces. At that time the old stalwarts the Eastern Bengal Railway and the Assam Bengal Railway had been merged into the Bengal & Assam Railway for the purpose of better coordination in wartime. There was plenty of reorganization again in 1947. I will cover more about the earlier history later.