Some records were almost broken (like Richard Levi’s 45-ball century). As you can see below, the challengers E Lewis and KL Rahul just fell short.

But here are some records which did get broken. 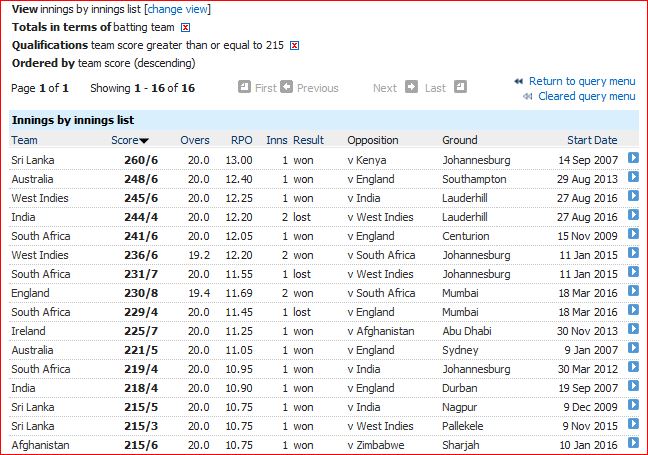 Coming to individual scores: After todays’s match, 22 centuries in T20Is have been made by 20 players (Gayle and McCullum making two centuries apiece). 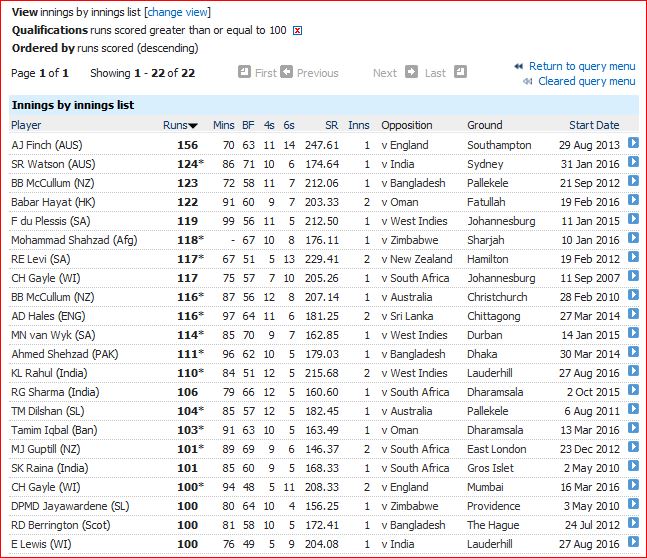 Of these 20, as many as 12 have made centuries in all three formats.

They are: Watson, McCullum, du Plessis, Gayle, Ahmed Shehzad, Rahul, RG Sharma, Dilshan, Tamim, Guptill, Raina and Jayawardene. And Rahul’s individual score is the highest in T20Is in the US, for what it is worth.

Interestingly, some of those listed above have never played in Tests or even ODIs. An extreme case is that of E Lewis who had played one T20I (without scoring much) before this and no ODI or Test.