The original Bradshaw started by George Bradshaw in Britain in 1839 lasted up to the early 1960s. The Indian Bradshaw was apparently not connected to the original one and apparently started publication in around 1868. A copy from 2003 mentions “135th year of publication”.

It has its place in Indian railway history as for many years it was the only consolidated source of information for the numerous railway companies all over the country-the big and the small, the railways owned by the Indian government, princely states and private companies. Many of these companies did bring out their own timetables but they would have had limited availability and would have been almost impossible to obtain outside their areas of operation. Hence the need for all-India coverage was filled by the Bradshaw which appears to have been published by W.Newman & Co of Calcutta for most of the time.

After Independence and regrouping in the 1950s, there was a regular publication called the All-India Railway Timetable which existed at least from the mid-60s and coexisted with the Indian Bradshaw. A typical page of the old Indian Bradshaw (this one from 1951): 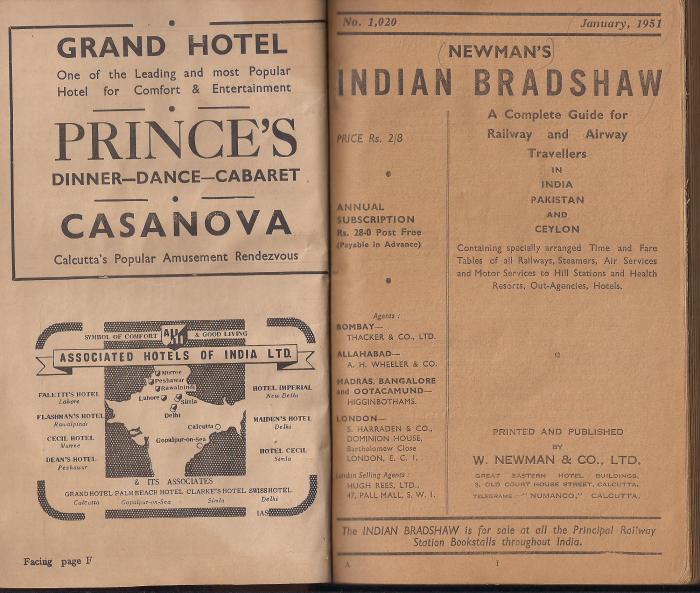 And this one from the official All India Time Table of 1975 (though it did not always have advertisements on the cover): 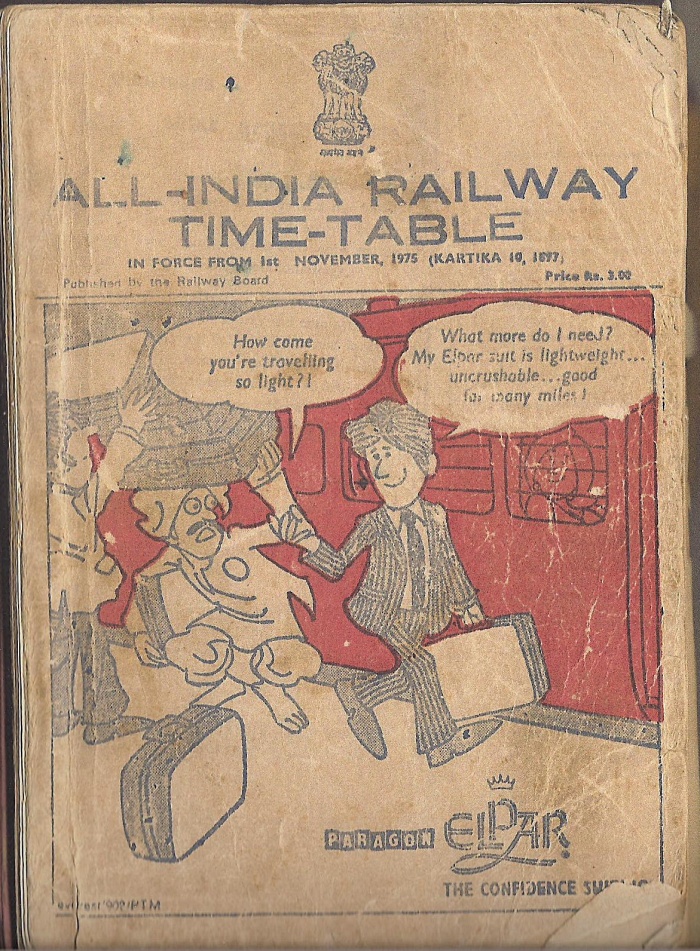 The 9 zones of that time used to publish their own timetables which were generally available only in their own zones (though I remember a bookstall at Delhi Jn which used to have most of the zonal timetables). Once the All India Time Table ceased to exist the only reference for train timings all over the country (including the obscure branch lines) became the Bradshaw. It continued to be useful until the mid-2000s, when it still gave detailed coverage of the entire network (although the major suburban networks were never there). Here is one of the Bradshaws of that period: 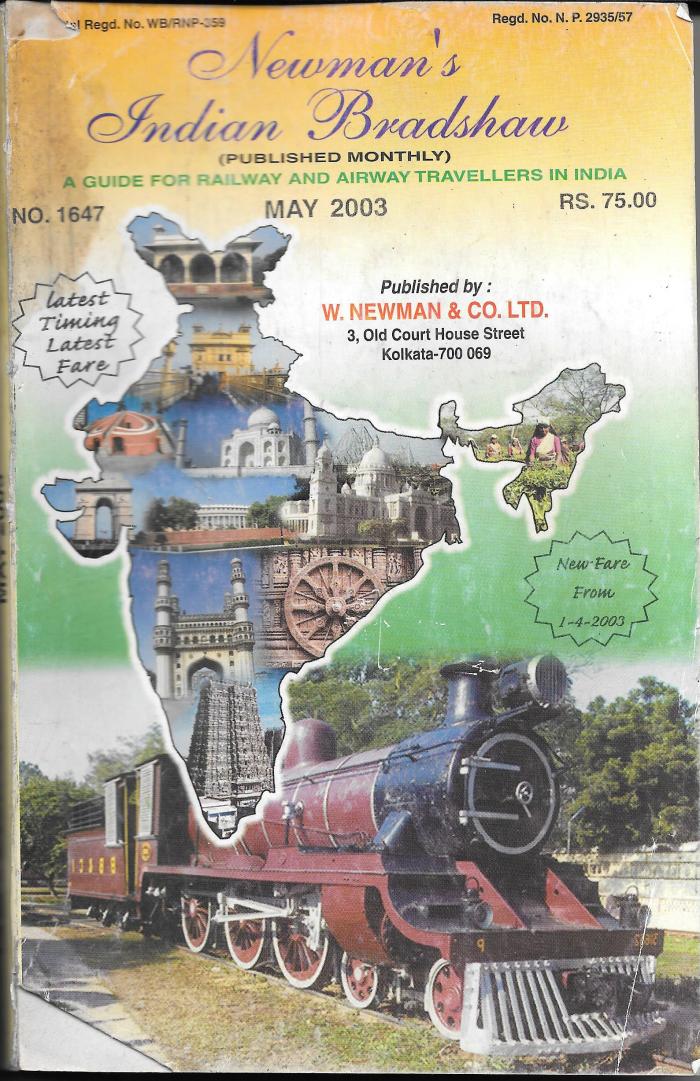 Soon the publishers stopped covering the minor routes (and thus reduced it to a badly printed clone of TAAG). By 2005 the mess of 16 zones was addressed by the appearance of 5 zonal timetables which, between them, covered all the non-suburban services running in the country. Hard-core timetable fans concentrated on acquiring these. The networks like IRFCA had messages like “Wanted South Zone TT. Will send West Zone TT in return”.

By then, the original publishers seem to have lost interest in the Bradshaw and sold (or passed on) the brand name to other parties. This changed hands at least once more. As of today, the Indian Bradshaw is still published (but has not been seen by most railfans in recent years-not even in Kolkata).

Even railfans in Kolkata have had to take a lot of trouble to find a copy. Apparently the number printed is quite low now. Anyway, you can see proof of its existence below (along with the contact details of the distributors): 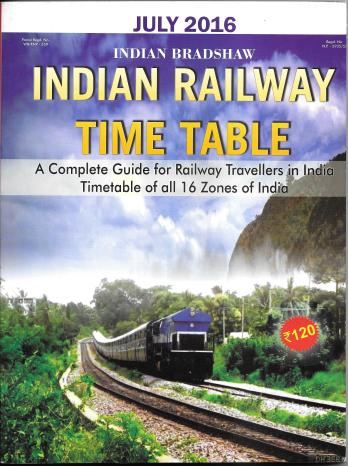 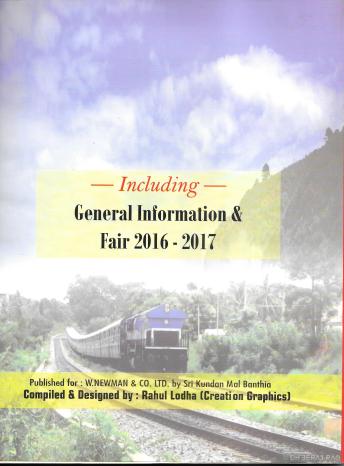 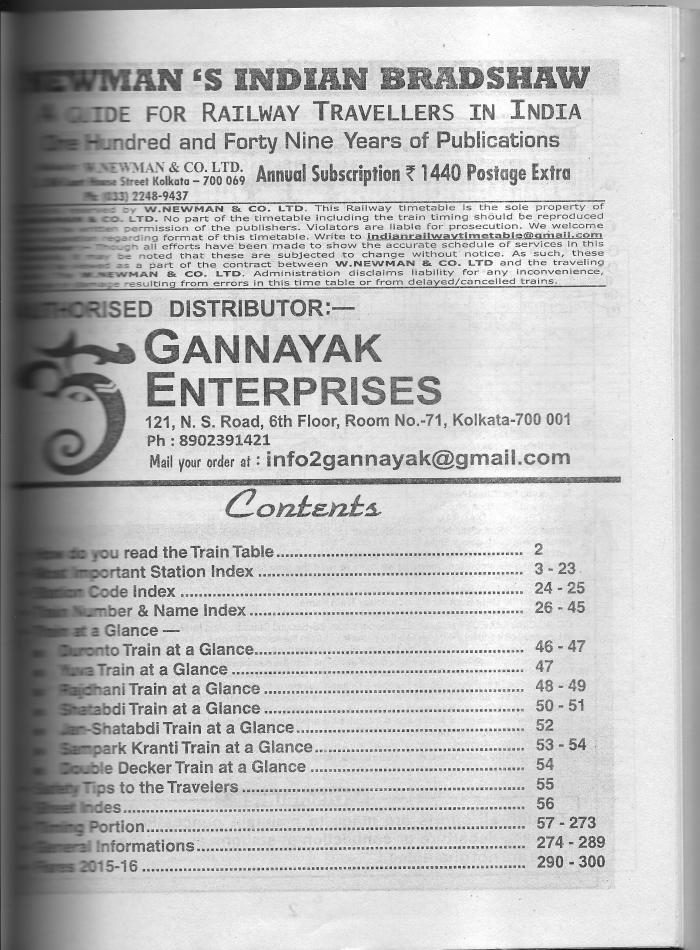 Note the prominent typo on the back cover. Nitpickers may also add that the Kolkata Metro is the 17th zone. One can also nitpick that the Konkan Railway is counted as a zone though it is not legally a part of Indian Railways (though operationally it certainly belongs to IR).

Is the present form of the Indian Bradshaw worth buying? Sadly, no. It does not seem to contain any information which is NOT contained in Trains at a Glance and costs more (particularly as the latter can be be easily downloaded for free, and detailed information is available from a variety of official and unofficial resources on the Net). And if you prefer hard copies, the 5 zonal timetables (plus separate suburban timetables for Mumbai, Chennai and Kolkata) are still around.

Thanks to Souroshanka Maji for taking the trouble to locate a copy of this 2016 edition.