We have covered various long metre gauge journeys which were possible in 1976, such as Delhi-Madras, Madras-Bangalore, Delhi-Bangalore etc. There was also East-West route from Okha (or Varvala) to Lekhapani. These were the furthest west and east points of IR at that time.

At that time the northern extreme of IR was Jammu Tawi on BG. On MG it was Kot Kapura:

For a short time in the 19th century MG extended from Kot Kapura to Ferozepur (Cantt?) making it the northern extreme of MG at that time.

In the south, there was Tiruchendur, on a branch line from Tirunelveli was the southern extreme of metre gauge. Earlier Trivandrum Central had this honour, although it was converted to BG by 1975.

This North-South MG route was touched upon here:

Anyway, the full route including important stations and distances is given below. Spellings of place names are those given in timetables of 1976. The distances between Khandwa and Hingoli had a separate “chargeable distance”, although we have used actual distances here.

As of 2022, a large proportion of this route is now broad gauge, while the remaining metre gauge counts off its last days.

This route passes through NR, WR,CR, SCR and SR as they were at that time.

There are some questions which can be answered easily by a layman. But if you ask a more knowledgeable person you may get a more complicated answer.

Q: Which is the southernmost point of railways in India?

A: Kanniyakumari station is the simple answer: 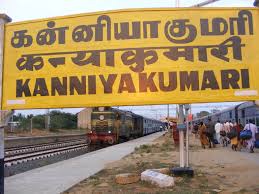 A plaque at this station says that it was inaugurated by the then PM Morarji Desai on 15 April 1979. Its latitude is 8.0864 N from Google Maps.

Its code is CAPE. But the station never had this name. This is because the place was also known as Cape Comorin earlier on. To be more precise, the southernmost point of the Indian mainland is still called Cape Comorin.

Footnote: For a long time before the mid-50s, Kanniyakumari was part of Travancore state before the reorganization of states placed it in the then Madras state as a majority of people in the taluk were Tamil-speaking. But as Travancore state was predominantly Malayalam-speaking, some station signboards had Malayalam inscriptions until a few years ago. Maybe they still exist.

Q: Before that, which was the southernmost point?

However, if you take the distance between the parallels of latitude then TVC was a little over 1.2 km south of TCN. A narrow win indeed! 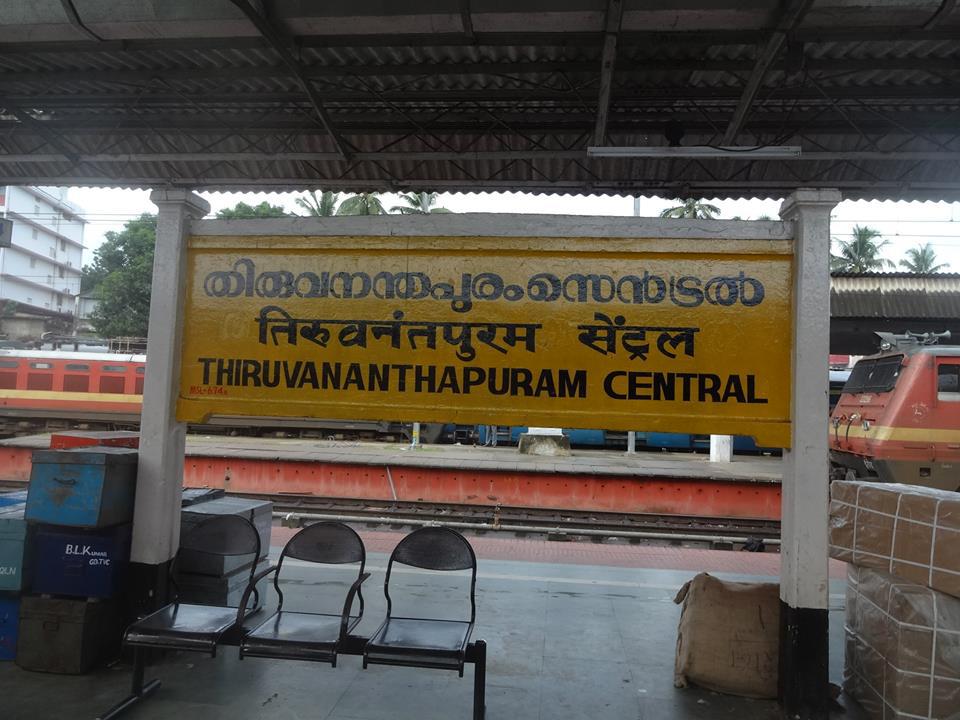 Though the city was traditionally known as Thiruvananthapuram, it was not until 2007 that this and many other stations in Kerala were renamed to fit the Malayalam versions.

A recent picture of the former runner-up: 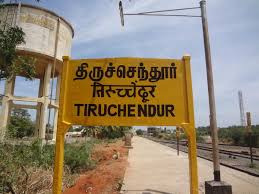 By enlarging this map you can see the two BG lines from TVC and Tirunelveli meeting at Nagercoil Jn, from where a short branch goes to Kanniyakumari.

In 1975, TVC and TCN were both MG. By 1976 the BG line from Ernakulam was extended via Quilon to TVC, and continued to Kanniyakumari after that. TCN got broad gauge much later in the 2000s.

Q: Did any other railway exist in the deep south before that?

A: Yes, the privately owned KPN Light railway existed (with its main station at Tiruchendur) until it was closed (due to economic reasons, perhaps connected to World War 2) in about 1940. It was 2’0″ narrow gauge. It was duly mentioned in Bradshaws before then, as you can see here:

This was owned by the Madras-based Parry’s group of industries to facilitate their activities in that area-in particular, a sugar factory at Kulashekarapatnam. Passenger services were probably more of an afterthought.

Whatever little is known about this system is here: https://wiki.fibis.org/w/Kulasekharapatnam_Tissainvillai_Light_Railway

The Tiruchendur station on this line was probably at a different location from the “real” station on metre gauge.

A few years ago a determined rail-fan friend of mine tried to find some existing physical remnants of the track but was unsuccessful. As many years had passed most of the local people did not know much about the track, and no former employee could be found in the vicinity. But there were some who vaguely remembered their grandfathers working on the line.

Q: OK, so that is true of the mainland (though this last line was not really a part of the Indian Railways). What about the island territories?

A: A good question, but you won’t catch me here. There is no record of any industrial railway in Lakshwadeep, but in any case the southernmost point of this territory is on Minicoy which is around the same latitude as Trivandrum.

The Andaman and Nicobar Islands look more promising. Indeed, some industrial railways have existed in the vicinity of Port Blair, serving the numerous sawmills there. But this has around the same latitude as Puducheri.

If there were any such lines in the Nicobar islands, they would be the southernmost railways ever to have existed in India. But there is no record of these, as the Nicobar region remains largely undeveloped even today.

Thanks to Bharath Moro for his account of his search for remnants of the KPN line.