There are a number of unusual languages which you could see on station signs in India, ranging from Dogri to Maithili to “Manipuri” to Ol-Chiki, which you can read about here:

But there were no signs in Sanskrit until now.

Sanskrit has been declared an official language in Uttarakhand as well as Himachal Pradesh. The latter state does not seem to have done much about introducing Sanskrit in signs, but Uttarakhand has.

Official languages in different states can be seen here:

And this news item from Uttarakhand:

The replacement of Urdu by Sanskrit in station signs has started. We first look at the state capital: 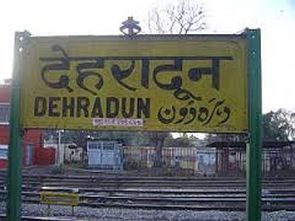 And another important town:

A new station will be opened shortly as part of the proposed new line to Karnaprayag. The original name was planned to be New Rishikesh:

But it is now going to be:

Not sure if Yogi Adityanath has anything to do with it, although he was originally from Pauri Garhwal district in Uttaranchal. Anyway, this is what the new station looks like.

And this new design of a station sign seems to use more material and space.

Another interesting point is that the Sanskrit inscription is on top unlike in the signs of Dehradun and Haridwar.

It is the normal practice to have the main local language on top followed by English and Hindi, as you can see here:

Does it mean that Sanskrit has more importance than Hindi in Uttarakhand? However, one can see that there is a lot of inconsistency in such matters.

There are numerous examples of places in India which carry languages of other states:

5 languages in this one in Karnataka: 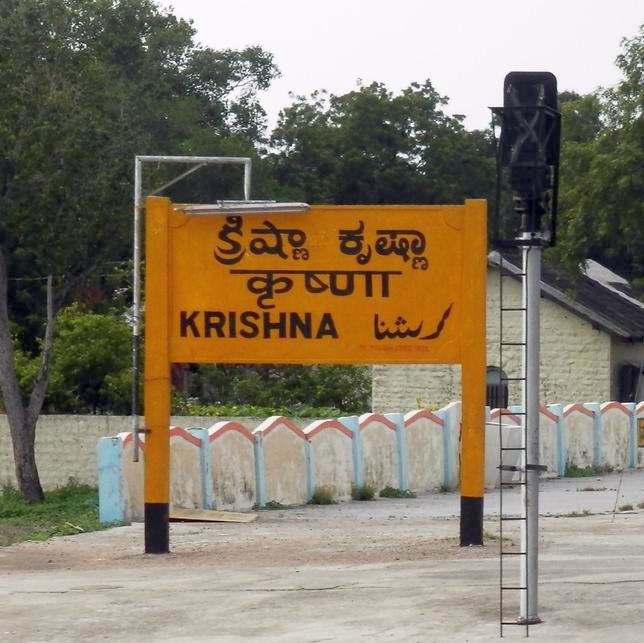 Numerous examples of signs with 4 languages, which include those of neighbouring states:

In Kerala-Tamil in the second row. 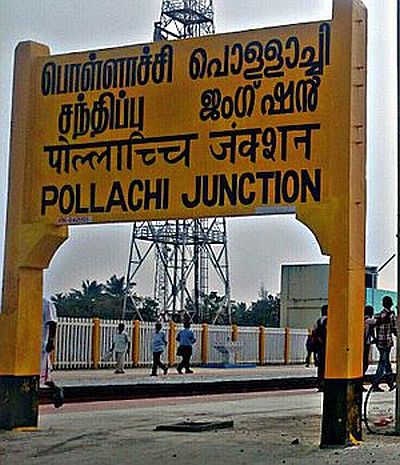 In Tamil Nadu-Malayalam on the right side. 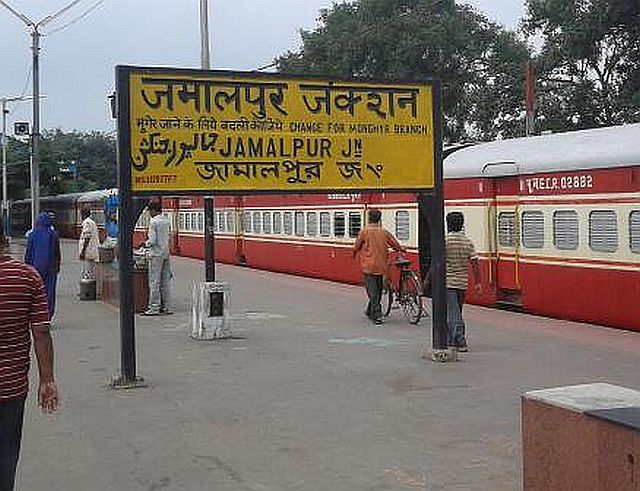 In Bihar -Urdu still has official status, with Bengali also there:

Also in Jharkhand, with Urdu and Bengali 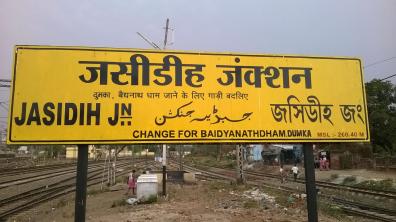 Do you see any consistency 🙂

Finally, Himachal Pradesh also has Sanskrit as its official language. But they are not interested in changing the signs. And they have not deleted any language which was already there: 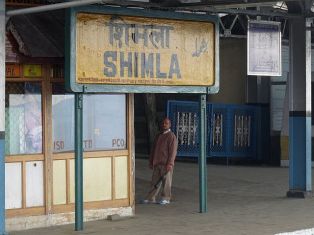 The “official” version can be seen in this news report. But the Sanskrit signs have appeared anyway before the writer noticed them:

Earlier we have dealt with the renaming of Allahabad Jn and nearby changes to reflect the old name of Prayagraj. There are a number of other name changes in UP over the last couple of years. Some are well known and others have been hardly mentioned in the media.

The most well known change was this: 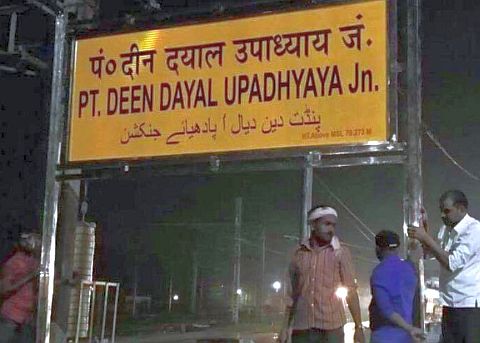 As in the case of Allahabad/Prayagraj, there was a long gap between the announcement of the change and its actual implementation. So a number of photoshopped pictures appeared in the local media, like this:

As we know, Pandit Deen Dayal Upadhyaya was found dead near this station in 1968. The circumstances of his death have never been satisfactorily explained, and may well become a never-ending mystery like the deaths of Subhash Chandra Bose and Lal Bahadur Shastri.

Other changes which attracted less attention:

Farah Town (between Mathura and Agra Cantt) became Deen Dayal Dham – as Panditji was born in that area.

Robertsganj became Sonebhadra (which is the name of the district):

And someone will have to decide which of these is correct, as the staff at the station (as well as the local authorities) in Bareilly do not seem to be sure:

It was indeed named after a British railway manager named Charles Izat, though somehow it morphed into Izzat over the years. Interestingly, both names are seen on signs in the locality.