Hope you have read the previous post about 99s.

Nineties in both innings:

Clem Hill was particularly fond of 90s as he scored 99 followed by 98 and 97 mentioned above. 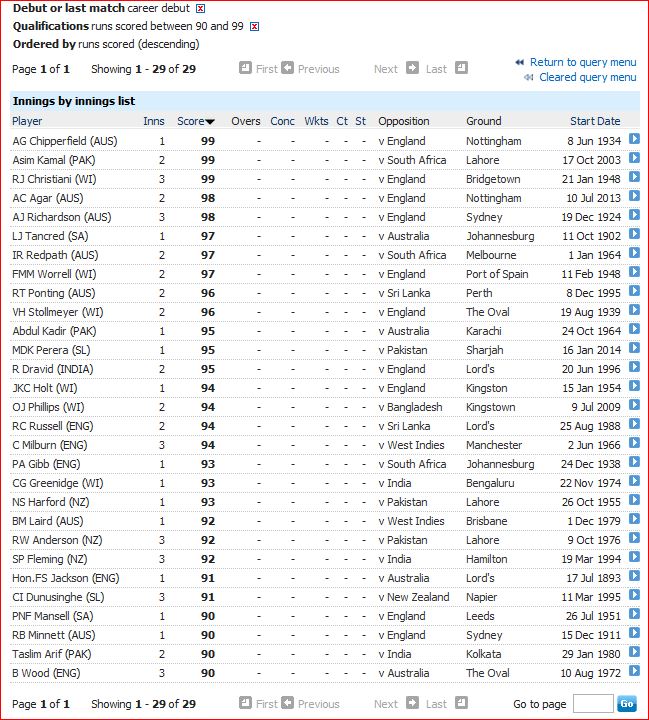 While Chipperfield and Christiani later scored centuries, Asim Kamal finished with his 99 on debut as his top score. VH Stollmeyer made 96 in his only Test innings, which was unfortunately just before WW2 broke out. His younger brother Jeff Stollmeyer had a longer run and captained the West Indies.

Several players have made two 99s. The latest addition to this club was Misbah-ul-Haq.

If you take all scores between 90 and 99, the record of 10 is shared by Dravid, Tendulkar and Steve Waugh. Next is MJ Slater with 9, with de Villiers, Inzamam and Kallicharan with 8.